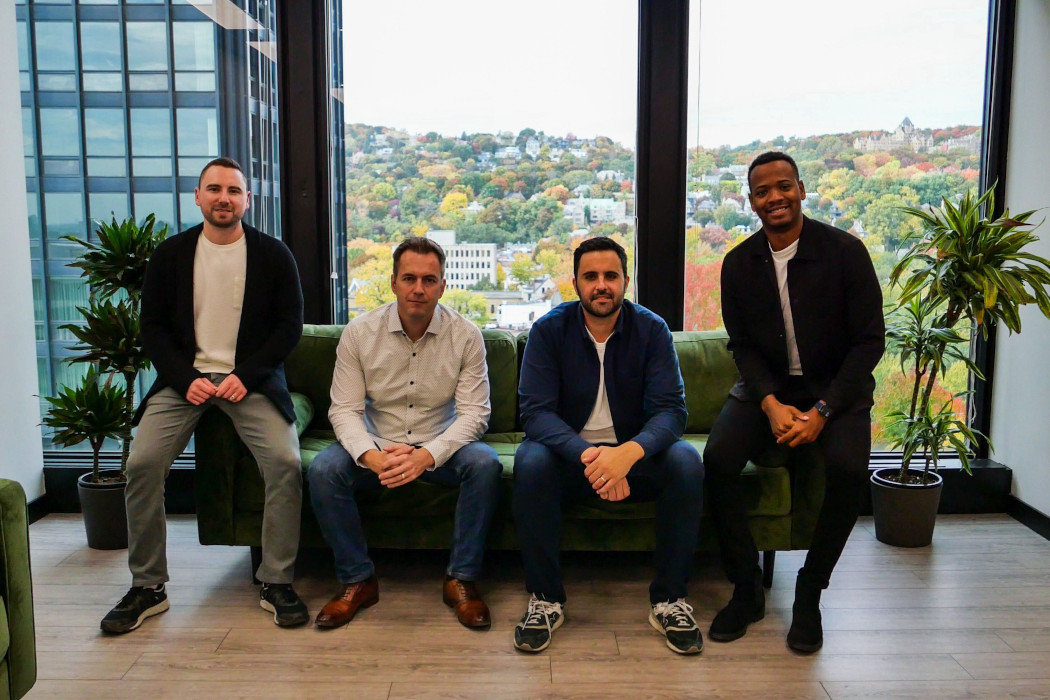 Steered by a founding team with past experience working at a slew of prominent Montréal-based tech firms like RenoRun, Hopper, Ssense, Ubisoft, and Nesto, Wiseday Financial has set its sights on the increasingly competitive digital mortgage space.

Mortgages are complex, highly-regulated forms of debt that involve a ton of different parties. Accessing mortgage pre-approvals from established banks or traditional lenders typically requires lots of paperwork, multiple phone calls, and a wait time of up to seven days.

“You cannot overtake 15 cars in sunny weather, but you can when it’s raining.”

“We, as much as possible, want to shield the customer from that friction, from that complexity, and make the experience feel that much more instant from the get-go,” Wiseday co-founder and head of product Andrew Peker told BetaKit in an interview.

The segment Wiseday aims to serve features large American competitors like Rocket Mortgage, relatively established Canadian operators like Nesto and Questrade, and fellow upstarts like Perch and Pine. Amid a crowded field, Wiseday believes there’s room for another player, and sees an opportunity to begin by focusing on “really nailing” the mortgage pre-approval process—which Peker claimed is “the least desirable file for an underwriter to process.”

While Wiseday sees pre-approvals as a good “beachhead” into the mortgage industry, over time, the startup hopes to address other pain points associated with purchasing a home.

The idea for Wiseday struck the company’s founding team in 2021 as they were each buying their first homes. Following some “quick and dirty tests,” the firm identified a need in the market and closed $5 million CAD in previously unannounced funding in December 2021 to capitalize on it.

Peker said the seed financing was an equity round, but did not provide further detail. The round was financed entirely by Havery Capital, a venture capital firm launched last year by Canadian entrepreneur Michael Bitensky that has kept a low profile to date. Bitensky is the co-founder and president of Goli Nutrition, a California-based dietary supplement company known for its apple cider vinegar gummies that has faced criticism and legal action for its health benefit claims.

According to Wiseday co-founder and CEO Eric Dahan, many Wiseday competitors and operators in the mortgage industry focus less on clients looking for pre-approvals given that they are “longer-tail, longer-cash flow investments.” Dahan and Wiseday saw an opportunity to build a digital underwriter and an algorithm to speed up this process and make it more customer-friendly.

“Our take was, let’s automate this pre-approval system and push out as many pre-approvals as possible, the fastest way possible,” Dahan told BetaKit in an interview.

With the help of Plaid, Wiseday helps Canadians seeking mortgages sign in with their financial institution and conducts Equifax-assisted credit flow checks. According to Wiseday, by doing this, the startup can confirm eligibility “on the spot, with confidence,” giving clients a standard pre-approval letter in five minutes. The product is currently available in Ontario and Québec.

To start, Wiseday is targeting salaried employees with a credit score over 680 and a good debt-to-income ratio. The startup’s focus, for now, is on “really nailing” this specific use case before branching out into serving other groups, such as self-employed individuals.

“Shielding the customer from the complexity today, and just making [that pre-approval process] feel instantaneous and smooth… We will win market share from there, and we will win consumer sentiment and stickiness from there,” said Peker.

Mortgage pre-approvals through Wiseday are free. The company charges nothing to clients, instead generating revenue by partnering with mortgage lenders, bringing them qualified leads, and taking referral fees.

Wiseday remains “laser-focused” on solving the mortgage experience for the time being. But according to Dahan, the startup’s long-term vision involves using FinTech to “digitize the home-buying experience and ownership experience from end-to-end”—which could put the firm into greater competition with larger Canadian tech players like Nesto and Properly.

Acknowledging that it is currently “a crazy time” in the mortgage industry right now given how high interest rates have risen, Dahan called Wiseday’s timing “a blessing in disguise.”

“Getting into a market where interest rates were one percent, for a brand new company, I think would have been a complete mess,” said Dahan, arguing that in a market with historically low interest rates, there was less need for innovation.

Since Wiseday closed its seed round, the Bank of Canada has hiked interest rates to combat rising inflation, and these conditions have cooled demand for new homes and mortgages in Canada’s previously red-hot housing market.

These headwinds have also made it much tougher for startups to access capital. But according to Peker, Wiseday is not currently fundraising. Peker said the company has been “really frugal” with its funding to date, remains well-capitalized, and is looking to stretch its remaining cash out over another eight to nine quarters.

For his part, Dahan believes this environment gives Wiseday a greater opportunity to stand out, referencing one of the company’s favourite quotes: “You cannot overtake 15 cars in sunny weather, but you can when it’s raining.”