Using your phone on the toilet? Don’t sit more than 10 minutes.

Let’s get this out of the way upfront: Plenty of people use portable devices — phones, chiefly, but also mobile gaming consoles like the Nintendo Switch and the Steam Deck — while on the toilet. There’s a good chance, in fact, that you’re reading this article on the toilet.

Incredibly, a few surveys have been conducted on the subject. In one conducted by NordVPN earlier this year, 65% of respondents (of 9,800 adults surveyed) said they used their phones in the bathroom. But it also just feels anecdotally true. The habit isn’t a new one; people have kept books and magazines by the porcelain throne for decades. With ever-smaller and more portable devices in our pockets, it seems intuitive that we would turn to those devices in a quiet moment.

The practice is normally kept behind locked bathroom doors and left politely undiscussed. But in October, there was a vibe shift, brought about by the release of “Marvel Snap,” a new card game available on phones and tablets. “Marvel Snap is the best game to play on the toilet currently,” tweeted popular streamer and content creator Saqib “Lirik” Zahid to his almost 650,000 followers. “I hate Marvel Snap and so does my toilet seat,” blared a headline on the video game website VG247. And although full disclosure may not be desired by readers of an article like this one, I feel compelled to say: I too play “Marvel Snap” on the toilet. I’m Spartacus!

Marvel Snap is the best game to play on the toilet currently. About to load up after this tweet.

Which prompted the question: Is it healthy to sit on the toilet with a phone? I turned to a gastroenterologist for answers.

“You generally don’t want to spend more than about on average about 10 minutes,” said Dr. Roshini Raj, a gastroenterologist at NYU Langone, and the author of “Gut Renovation,” a book about digestive health. Though Raj acknowledged that — like with many things in medicine — there’s not a one size fits all answer, she pointed to three potential pain points for preoccupied poopers.

Your toilet is grosser than you think. Here’s how to clean it better.

“There’s a hole in the middle,” Raj said. “And so the actual anorectal area is hanging a little bit lower than the part that’s supported — your thighs. Just by that position, gravity is causing everything to hang a bit, and that is causing pressure on the veins. So even if you’re not straining, if you’re just sitting there thinking of something else, doing something else, there is some pressure being applied to those veins.”

More subtly, there’s also the risk of your body starting to ignore its own signals. Peristalsis is the name for the progressive contractions that move stool through the intestine to the rectum. But sitting on the toilet for long periods of time not doing anything can hinder that process.

“If you’re sitting for too long and not going to the bathroom, that kind of process actually stops,” Raj said. “Your body can start to not recognize those signals as well, so it can lead to constipation if you’re sitting for prolonged periods of time on the toilet without actually having a bowel movement.” This risk, Raj noted, is more likely to be one of many factors in issues like constipation, rather than the driving force.

Then there’s the most obvious factor: bathrooms can be gross. Research shows that a toilet flush can aerosolize pathogens, spreading them to nearby surfaces. That can include your phone, if you rest it on a sink by the toilet, for example. But even beyond aerosolized bacteria, there are risks posed by plain old bad hygiene.

“I see a lot of people who get food poisoning or catch different things by not having good hygiene practices in the bathroom,” Raj said. If you’re playing video games or using your phone on the toilet, you’re probably touching a lot of things you might not want on your device. “I just think generally speaking, if you’re on the toilet having a bowel movement or trying to have a movement, you shouldn’t be using your fingers on anything else.”

If you’re staying within healthy time limits and — crucially — always maintaining good personal hygiene, your behavior probably doesn’t need to change. But if you’d like to make a change, there are some simple ways to go about it.

For starters, don’t assign a moral valence to staying in the bathroom for too long, cautioned Eyal, the author and lecturer. The rumination on the behavior can be “more mentally damaging for our mental health than the behavior itself,” he said. Just be intentional about your behavior, setting plans for what you do in certain settings.

“There’s nothing wrong with taking your phone to the bathroom for a few minutes and doing your business and then coming out,” Eyal said. “But if you said, ‘Oh, I planned to be with my kids, but now I stayed in the bathroom for 30 minutes scrolling on TikTok or Instagram,’ well, now you’re distracted, because you planned to do something and now you’re not doing it. So that’s the best piece of advice: to know what you wanted to do with your time so that you have a priority to spend your time doing that thing, rather than wasting it in the bathroom.”

It’s also important to remember: phones and other mobile devices aren’t inherently bad, nor are they insurmountably distracting. If you find yourself perpetually losing track of time, consider whether you’re attuned to bigger stressors in your life, and to how you’re feeling in general.

“90% of the time that we get distracted by our phones in particular is because of what’s happening inside of us,” Eyal said. “Boredom, loneliness, fatigue, uncertainty, stress, anxiety. These sensations lead us to look for escape from our present reality. And so one of the important things to do with this problem, just like any distractions, is to ask ourselves: What am I escaping when I go to the bathroom for 30 minutes? What feeling am I trying to not feel by hanging out on my phone[?] … Is it my kids are driving me crazy? Is it work is too hard? Is it that I’m bored, I’m listless, I’m stressed, and now I can take my mind off of those problems?

So remember: Think about how you’re spending your time, and wash your hands. And if you’re playing “Marvel Snap,” do no more than two matches if you’re doing number two. 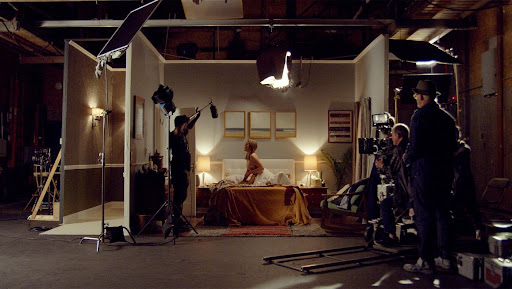 How to watch the Awesome Games Done Quick 2023 speedrunning marathon

Stripe is coming to MultiVersus…tomorrow!