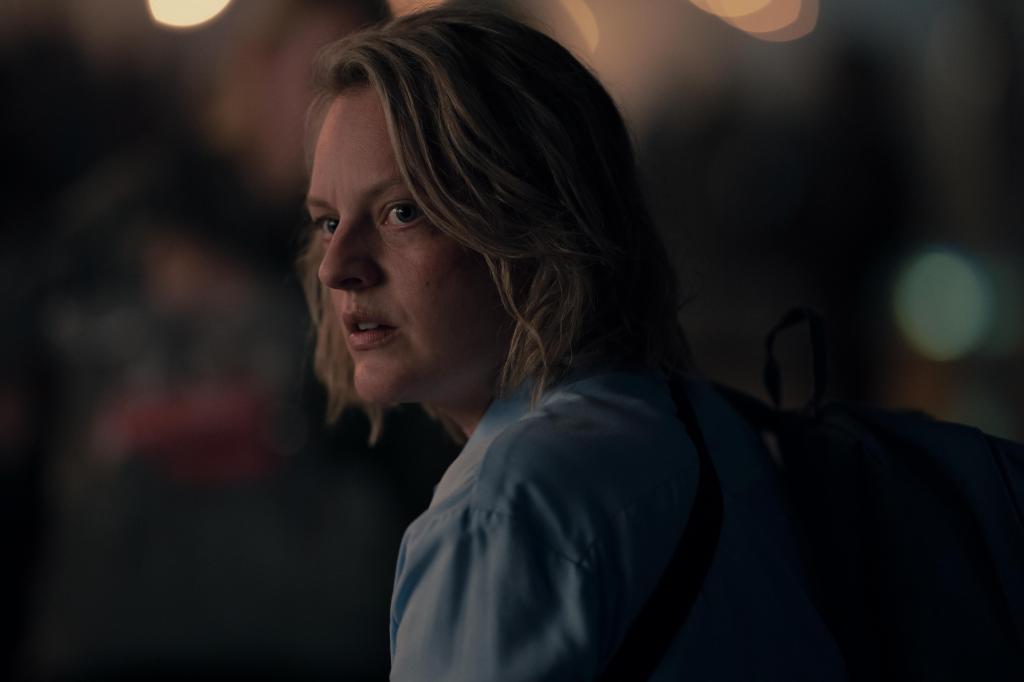 ‘The Handmaid’s Tale‘ Boss On Season 5 Finale, Plans For June’s Conclusion & The Testaments

Hulu’s The Handmaid’s Tale wrapped up its fifth season tonight and while a lot has changed for June Osborne (Elisabeth Moss), the season ends in ways similar to how it all began.

When viewers first meet June, she is torn apart from her husband Luke (O-T Fagbenle) and the life they shared with their daughter Hannah— a scene that’s imitated in the Season 5 finale. June and her daughter Nichole board a train for an unknown future in Hawaii as Luke is arrested by the authorities.

His arrest is unfair considering Luke was saving his wife from a man attempting to kill her by running her over in his truck but here we are—the world is crumbling. It’s worth noting the hired hitman was sent by Gilead to dispose of the thorn in their side once and for all but failed. If June was a cat, she’d be down to three lives if my math is accurate.

A big part of her she’s still alive and kicking is thanks to those around her that risk life and limb to protect her. When June was in the hospital unconscious and recovering, Nick Blaine (Max Minghella) risked everything to rush to her side. To ensure her continued protection, he even made a deal with Mark Tuello (Sam Jaeger) to share intel on Gilead even though it could cost him his life. He loses his mind a bit over how close he came to June dying and he punches Commander Lawrence (Bradley Whitford) right in the face for supporting whoever ordered the hit on his beloved. Oh, and his wife Rose is tired of playing second fiddle and wants out of the relationship. *Shrugs*

As Nick’s life is falling apart, June plots her future with Luke but the whole time her husband knew he was going to have to give himself up to get her safely out of the country. Soon after the train departs, June is coping with having to leave Luke behind again especially as he is facing prison when she hears a baby crying. She walks towards the sound and discovers Serena Joy Waterford (Yvonne Strahovski) with Noah in her arms. No matter how much she wants to get away from Serena, their destinies seem to be pretty intertwined. That’s going to be one long ride.

Series creator Bruce Miller spoke to Deadline about the events of Season 5 and what fans can expect as he looks towards the end of the road for June.

DEADLINE: After four seasons of Serena being so awful to June, it was pretty delicious to see her have to experience even a tiny bit of what she put June through. What was it like bringing that to life?

BRUCE MILLER: You know, it is nice because June has worked so, so hard and she really needs these kind of revenge moments to satisfy her. Not necessarily because she has an emotional need for them, but she thinks she does so she sees them and she doesn’t feel good. In a lot of ways she’s been getting what she wanted just like the audience is getting what they wanted. More than anything you would love them to take Serena’s baby away and then when they do it’s awful because it’s an awful thing to do. Serena may have no heart and didn’t care, but June cared. It’s like, give me my wishes and see how I like it.

DEADLINE: This season, we really see just how intertwined their destinies are especially as we see them in the train together. Why did you have them find one another again?

MILLER: I think that moment came about naturally. I think when I saw episode 7 or read the script for that episode where Serena is giving birth and June is there, I knew the season was cooking the way I wanted. It seemed like they should be together again in the end. Their need to get out of Toronto gradually became the same. And I think that all the things that are happening this season with the tensions between Canadians and Americans growing leads us to this finale. I just wanted it to feel like I wasn’t pulling them together; there was an inevitability about it because they’re in the same situation. Their lives look and feel like each other’s even if morally they’re very different. Oh, and they’re not friends, they are familiar faces.

DEADLINE: Nick has officially risked everything for June. What does the future hold for them?

MILLER: I feel like this is the most romantic Nick/June season that there’s ever been. I love the fact that they spend the entire season saying they can’t be together. What I was hoping is to show that she’s tangled with these people, inextricably, all of them. And just as much as she couldn’t forget about Fred, she breaks up with Nick 70 times this season. She cannot let go of him and the last thing she says is, “Make sure you tell him that we’re okay.” And when she says, “we’re okay” she means the rest of his family. So I think in that last episode when Nick sees her and doesn’t even wake her up is just the most romantic thing.

DEADLINE: What can you tease about the consequences he could face?

MILLER: Well, I think he’s kind of pathologically dangerously romantic and that’s his problem. He genuinely loves June and that’s gonna cause all sorts of problems. Any genuine emotion that’s driving you that isn’t survival— which was his his and June’s only emotion most of the time— anything other than that distracts you. I think the problem is he feels like he needs to have this semblance of an emotional life so that people take him seriously and so he doesn’t get in trouble. I think he’s incapable of doing that because he’s either silent or he tells the truth. I know what we’re setting up for Nick, which is exactly what you think it is. He’s the guy who we think he is. And even if he tries not to be the guy he thinks he is, it’s either going to be very uncomfortable for him like he is with Rose, or it’s going to fail and he’s going to end up not being able to stop himself from punching Lawrence. I think the nice thing is he’s he follows his heart, and the scary thing is he follows his heart.

DEADLINE: Ann Dowd has done a brilliant job this season steering Aunt Lydia into the next chapter of her life. What insight can you share about her evolution and her relationship with Janine (Madeline Brewer)?

MILLER: Ann Dowd and Maddie Brewer, unbelievable actresses who are so giving and lovely and kind with each other. I know it’s difficult to see on television but they are. I think Lydia is taking a season where she’s trying to reassess and find some steady ground to stand as things around her are changing, and not in ways that she likes. She has a lot of power because she she has a girl in every house and knows what’s going on—information is big power. I think the season is about her learning how to exercise power and how to push people, and she does. She basically gets Warren executed and out of the way, this jerk who’s a danger to her girls. So I think that’s what happens and she’s constantly knocked down. There’s an incredibly important shot in the finale that you don’t really notice when Lydia gets knocked down when they’re taking Janine away. She stands right back up; that’s who she is. She is not going to be dissuaded. She’s either going to be stopped or she’s going to win her argument and win influence to protect her girls. There’s also that moment where Janine tells her, “Don’t worry about me.” It’s such an interesting moment of respect that Janine gives Lydia and also sympathy. I think that even though Lydia probably doesn’t notice either of those moments, that’s really saying how how far she’s come in the season. She gets up and she’s very determined. It’s a different more practical and practiced Lydia.

DEADLINE: In The Handmaid’s Tale novel, June doesn’t get a proper ending because it bleeds into The Testaments. What are your plans for concluding her story?

MILLER: Well, I’m working on The Testaments while I’m working on Season 6 of The Handmaid’s Tale. It’s so lovely to have another book to go to. I think the people watch the TV show have to be comfortable with the fact that just like Handmaid‘s didn’t follow the book, The Testaments is a sequel to this TV show. So I’m not necessarily shooting for those things the way that they are in The Testaments but everybody is growing in those directions. Margaret [Atwood] and I had lots of conversations about the character [of June]. She watched some of the show before she even started to write The Testaments. I think that the characters have a lot of similarities, which is wonderful—and they are definitely falling into place for The Testaments. But for June, I don’t feel an allegiance to wrap her up the way she’s wrapped up in The Testaments novel. I just want to follow the story and make sure it makes sense. But the thing that you should remember is that all the voiceover we’re hearing, this story is June story. It’s not called Gilead, it’s The Handmaid’s Tale. I certainly have been thinking of the show as a memoir of part of June’s life, not the part where she would consider herself a handmaid. I think that in the end, just like before we started the show, they had lives. She’s gonna go on and and continue on in whatever way she continues on and we’re not going to see it. And because we got to see this part so intimately, I feel like you care about what happens to her next, but that’s not this tale. 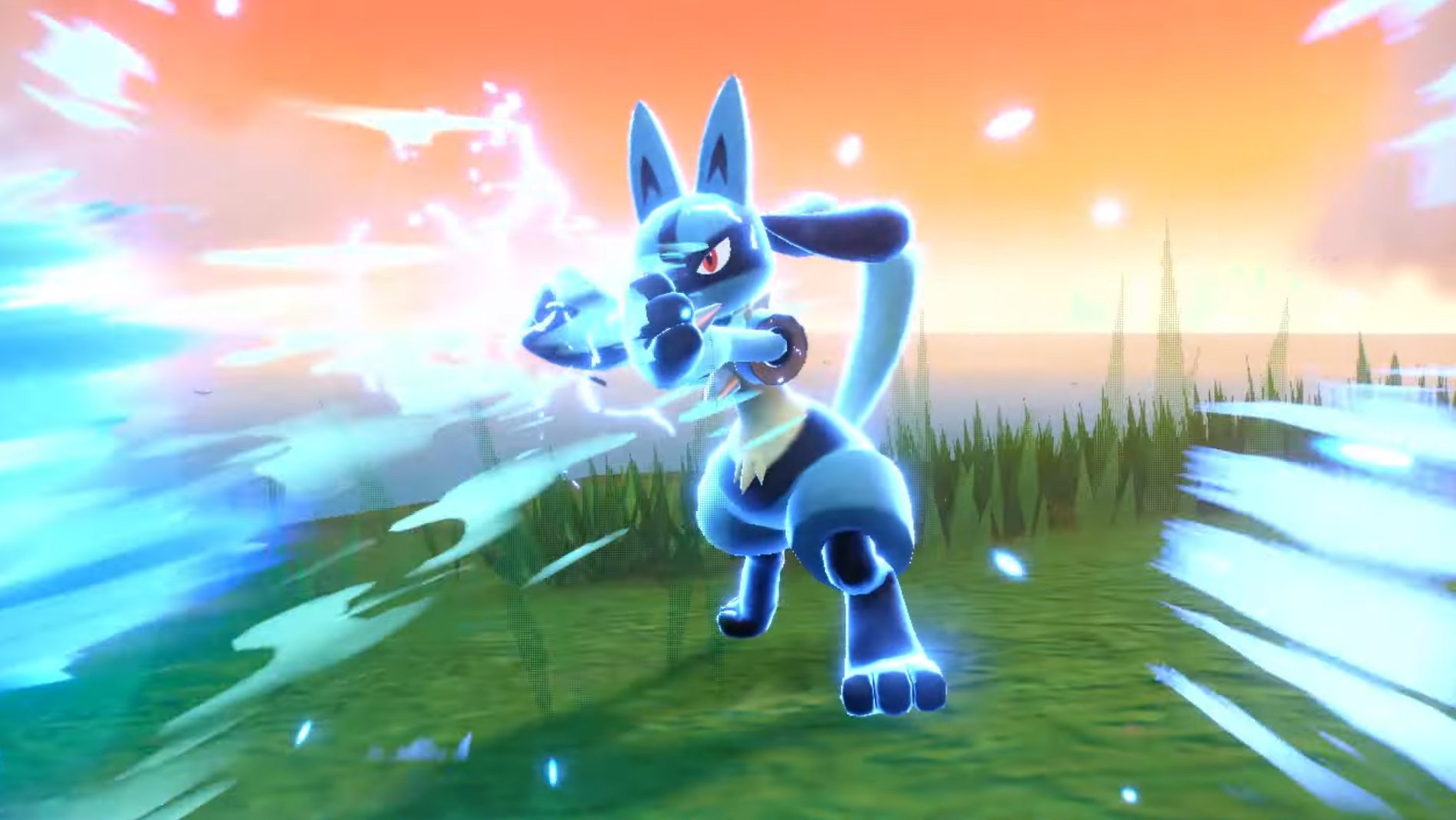 Hollywood’s Ex-Lovers Who Have Stayed Close

Wayne Brady Was ‘Upset and Scared’ Before ‘DWTS’ Dance

Blake Lively, Justin Baldoni to Star in It Ends With Us

Silvergate Capital Lays Off 40% Of Staff As...