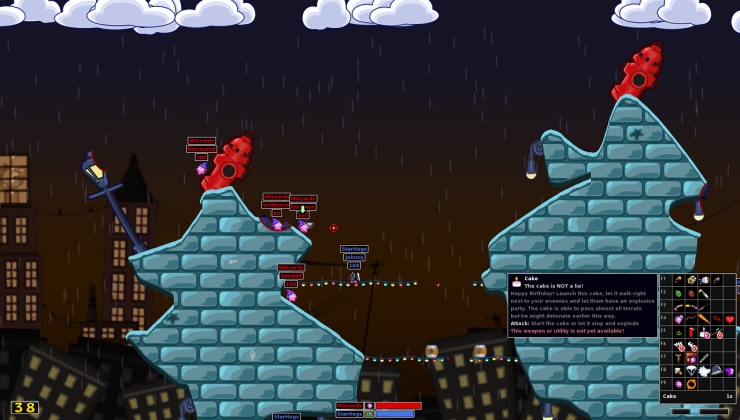 Hedgewars has been going for quite a number of years now, although it only had a 1.0 release back in 2019. It’s very much styled in the spirit of Worms, except with hedgehogs. If you’ve somehow never played Worms or Hedgewars: teams take it in turns to try to blow the other up, with turn-based combat and various different weapons. Your weapons also blow up the terrain and it can be thoroughly entertaining.

Play free on Steam and more info on the official site. Bitcoin Under Realized Price For 163 Days, How This Compares

All you need to know about Call of Duty: Mobile – Season 10 Shadows Return Battle Pass

Where To Buy Bayonetta 3 On Switch

Everything you need to know about The Witcher 4

Zoe Kazan On Getting In Sync With Her...