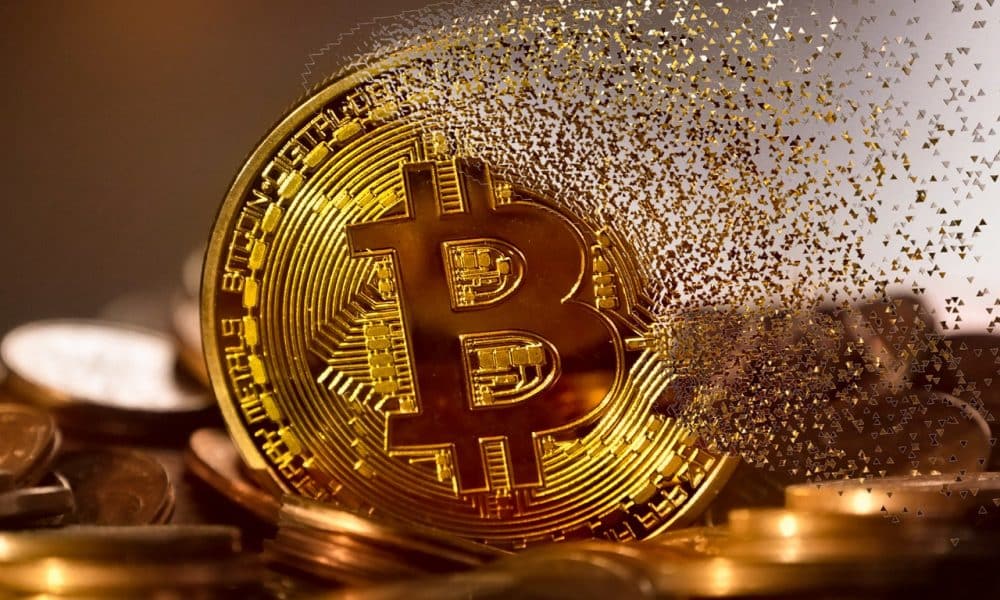 Bitcoin [BTC] investors have faced some difficult times throughout 2022. Investors and traders who witnessed the Celsius, Terra, and FTX crises (among so many other events) have seen history unfold before their eyes.

All of this history is laid bare on the price charts, and it is possible that we can prepare for the worst-case scenario by studying these charts. Look to the past to understand the future, as somebody famous probably once said.

The periods when volatility vanishes are worth noting. For assets like Bitcoin, a fall in volatility often heralds a massive move around the corner. One of the simpler tools to measure how volatile an asset is on the price charts is the Bollinger Bands.

Bollinger Bands is a tool developed by John Bollinger. It has two bands plotted with one standard deviation above and below the price (based on the past 20 periods). These bands adjust based on the volatility of the price of the underlying asset.

When the Bollinger Bands’ width decreases, it indicates a period of lower volatility or contraction on the price charts. This generally highlights a period of accumulation before a strong move upwards, especially on higher timeframes. However, it can also indicate phases of distribution, before another move downward, once buyers are exhausted.

History does not repeat, but it does rhyme. All technical analysis is based on patterns that repeat themselves, over and over again. The October, August, and July contractions in 2020 came right before the recent bull run where Bitcoin ripped as high as $69k.

However, Bitcoin was in the depths of a bear market winter at the time of writing. Throughout 2023, Bitcoin might not embark on a strong higher timeframe trend, as was seen in late 2020 until mid-2021.

Therefore, there is the need to find points in time when volatility dried out after Bitcoin had retraced most of its gains from a bull run. This occurred in late 2018 and early 2019. 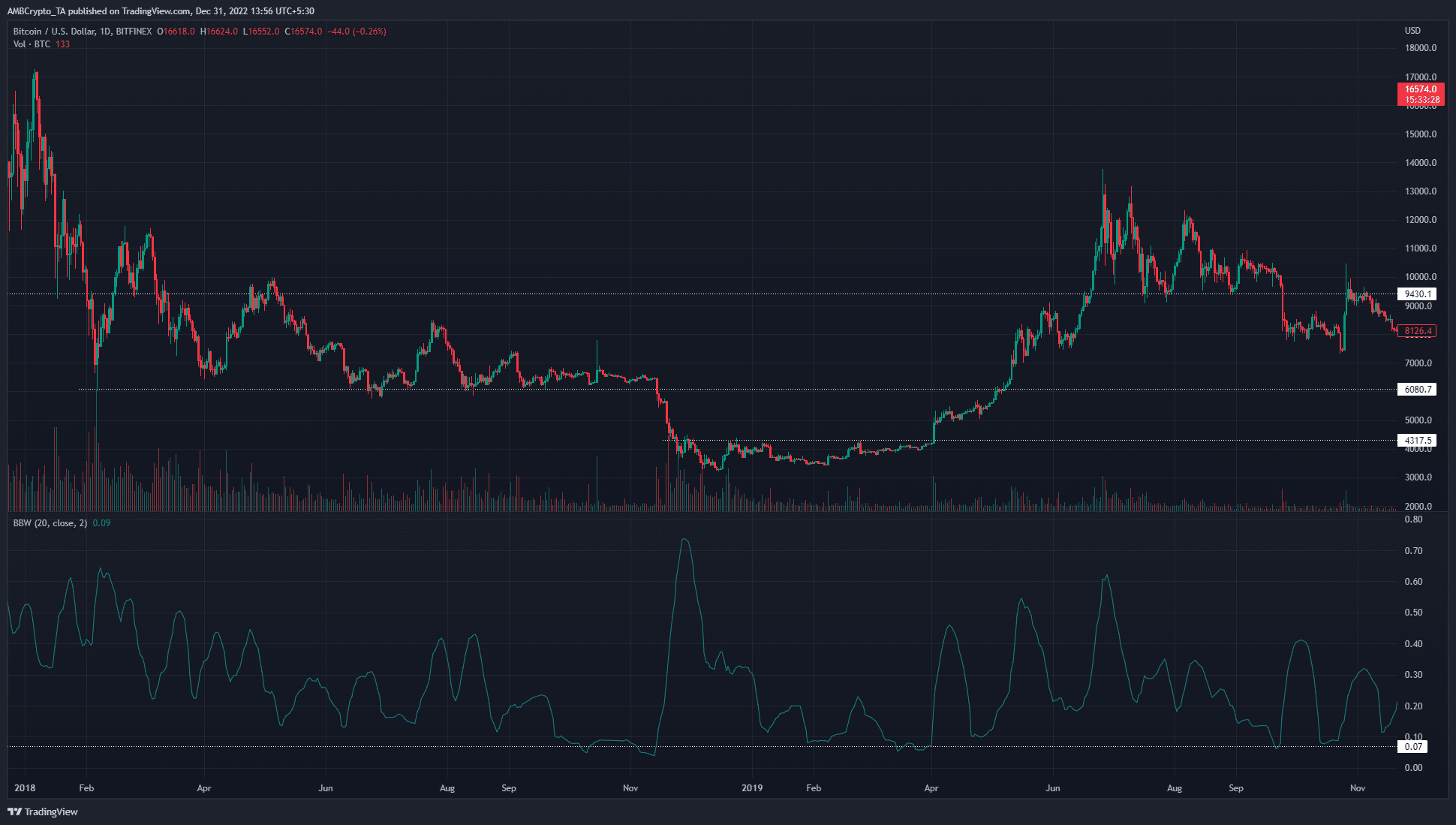 The above chart showcases the late 2017 rally to $19.5k, and the subsequent retracement in 2018. During the downtrend, the volatility was nearly dead in September and October 2018.

Finally, when this resistance was broken, a rally to $13k ensued. Hindsight tells us that this was not a true bull market rally. Still, it was an impressive move, north of 220% in under 90 days, once the $4.3k level was broken.

Therefore, the inference was that low volatility does not automatically translate into a long-term bottom. At the time of writing, Bitcoin has lost the $18.7k level, and another drop toward $10k could occur, just like it did back in late 2018. 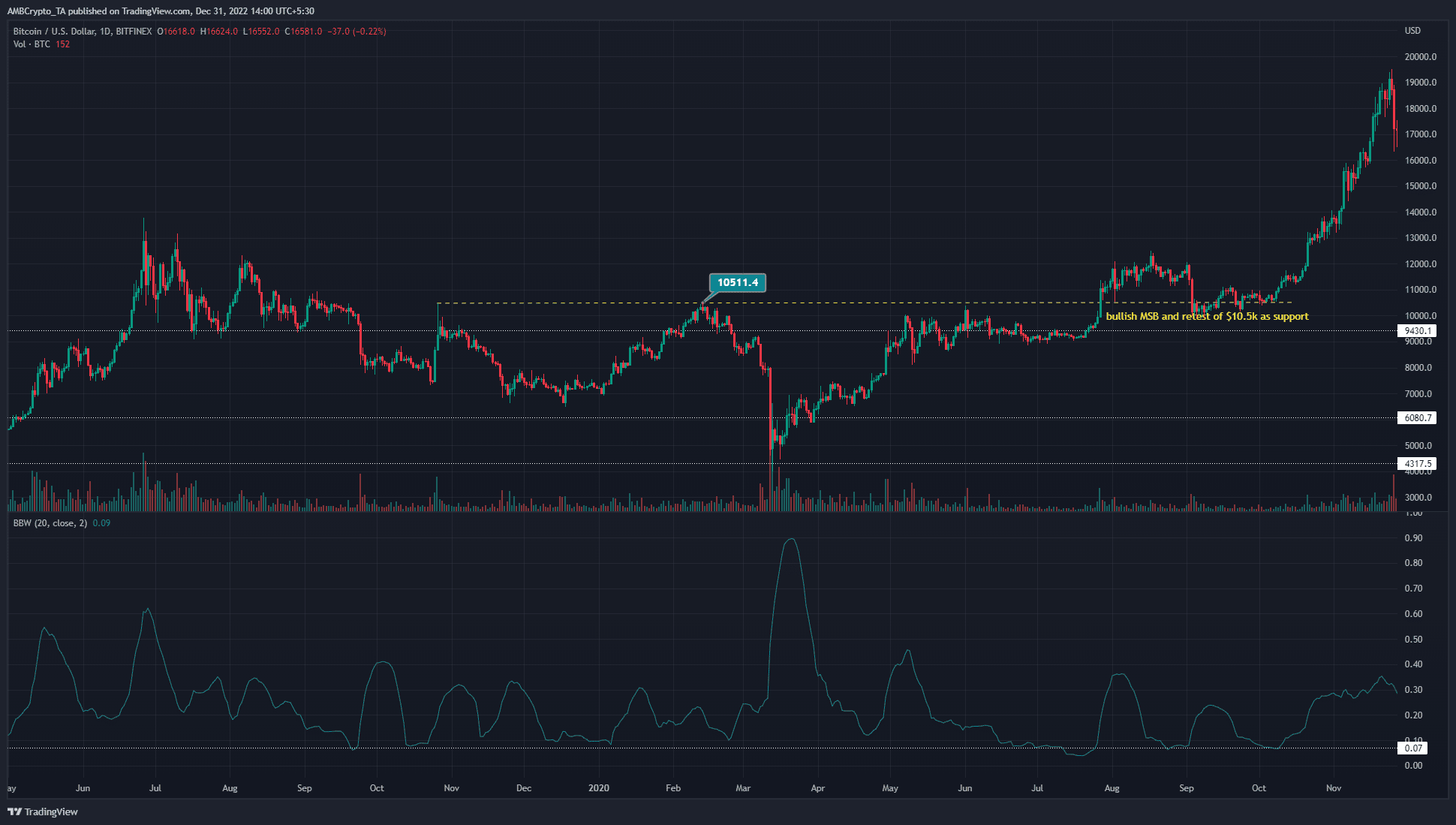 This rally reached a peak at $13.7k in June 2019 and receded in the months that followed. September 2019 saw volatility drop to 0.06, but it took until the COVID-19 crash before the markets found a long-term bottom and reversed.

Market structure breaks could be key to identifying rallies

Despite the bounce from $4.3k, BTC was not in a reversal. That took till the higher timeframe bearish market structure was broken, as highlighted in the chart above. A move back above $9k flipped the longer-term bias in favor of the bulls, and a breakout above the $10.5k level showed bullish strength.

What can we learn from this series of events? Compared to the present, the volatility has been low, and the trend has been downward, just like August – October 2018. From June – November 2018, the $6k level was rock-solid, until it wasn’t, and prices crashed another 46%. Can the same develop over 2023? 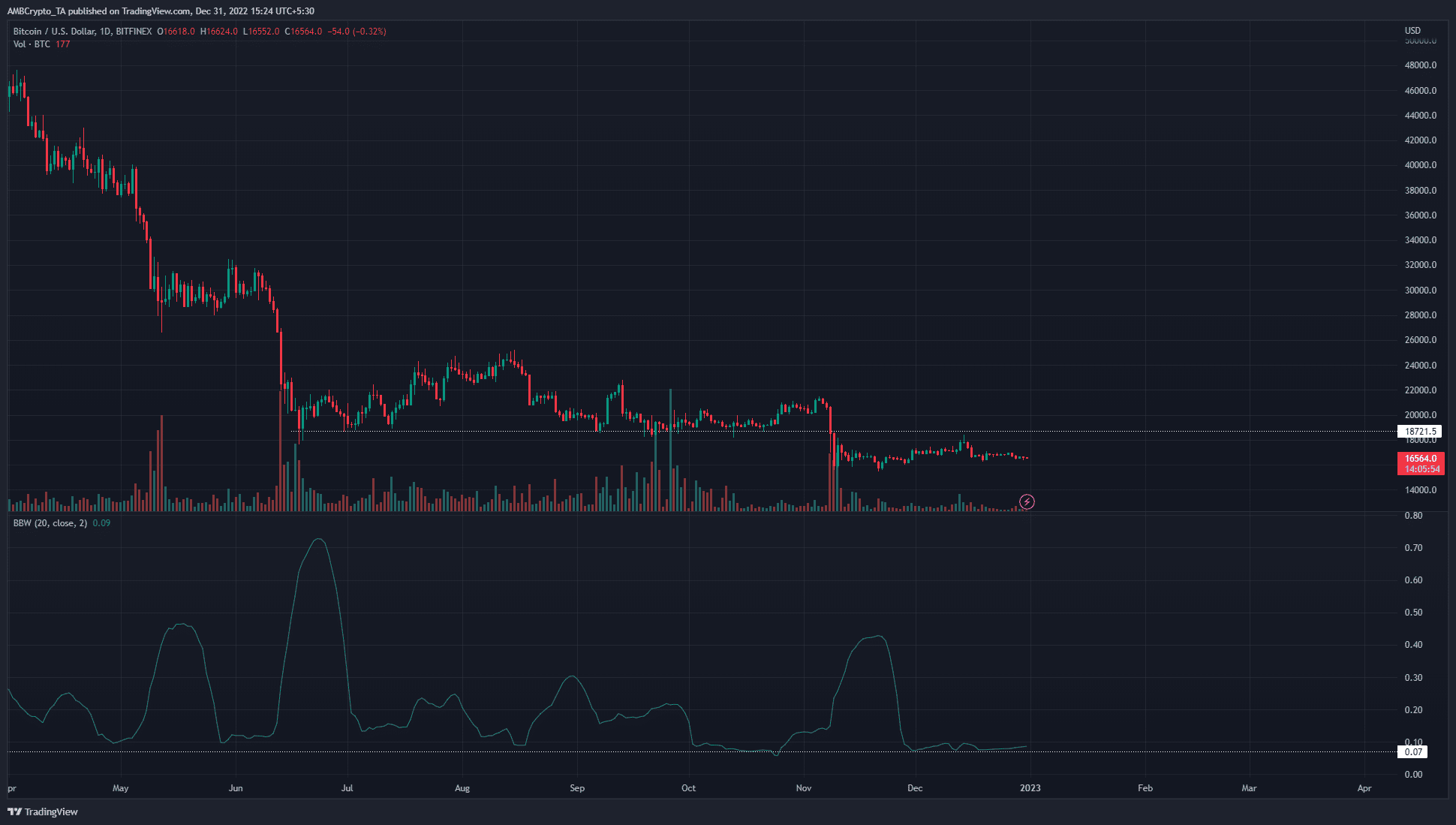 This was similar to the defense of $6k from June to November 2018, but the difference was that the $6k mark had already been tested as support as early as February 2018.

Now that $18.7k was lost, it was likely that more losses could follow. Long-term BTC bottoms tend to form abruptly after months of foreshadowing.

Another crash, like the one we saw during the outbreak of the coronavirus pandemic, or November 2018, would be necessary to force billions of dollars of liquidation before the markets can march upward.

Using Liquidation Levels Heatmap data from Hyblock, an anonymous analyst hypothesized on 29 December that $15k and $13k are the two major liquidation levels, with $50 billion worth of liquidation to be hunted in the vicinity of the $13k level.

As shown in the previous tweet, if we can wipe out all that liquidity in a wedging fashion I really like the odds for a significant bounce.

The price seeks liquidity, and this area could be too juicy to leave unattended. A descent below $15.8k could see the already fearful market conditions ripen into a panic.

Forced sellers, both in the spot and futures markets, could cause prices to drop further and further, and end with a liquidation cascade.

Patience will likely be rewarded, but all-time highs are unlikely to be reached in 2023

Are your BTC holdings flashing green? Check the Profit Calculator

It was not certain or even necessary that $13k would mark the bottom. The heatmaps and the highs of the rally from mid-2019 show confluence at this level.

If, instead, BTC dumped another 46% beneath the $18.7k support, investors could look at $10k as a region where the bottom could form. Which way the die would roll was uncertain.

Laid out above is one scenario whose central theme is liquidity and volatility. When volatility goes on a holiday, so does liquidity. A large, violent move could be necessary to shake even the fanatics out of their positions.

Only then might the market reverse. In this game of shark eat shark, the patient and the prepared survive and profit.

Helena Christensen Celebrates Her 54th Birthday in a Sexy Swimsuit

When Will Top Gun: Maverick Be Available to...