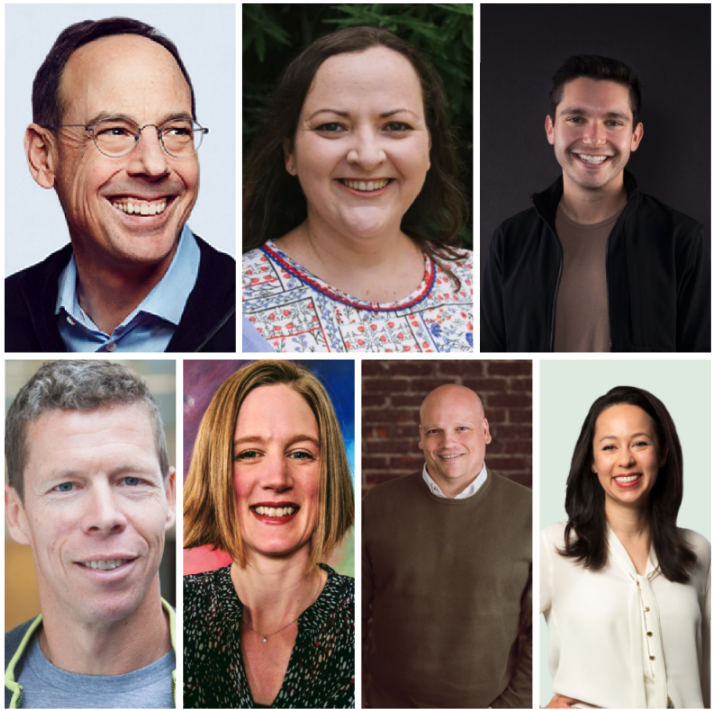 Venture capitalists are slowing investments as the economy cools. But they are also sitting on a record amount of cash, ready to be deployed into up-and-coming startups.

To get a better sense of the current VC mentality, we spoke with several Seattle investors to get their take on this whirlwind market.

Venture capitalists inked about 200 startup deals across Pacific Northwest this year, according to GeekWire’s recent fundings list. That’s compared to more than 300 during the same period in 2021.

Their caution is partly due to rising interest rates and steep declines in public tech stock valuations. Many investors are advising portfolio companies to cut expenses and preserve cash. Hundreds of startups have laid off employees in recent months.

But while VCs are spending less on deals, they are also raising more cash for their own funds. Startup investors set a fundraising record through September with $150.9 billion raised, according to PitchBook data. Seattle venture firms including Fuse, Trilogy Equity Partners, Flying Fish, Maveron, and Madrona Venture Group have all announced new funds this year, raising more than $1.3 billion so far in 2022.

But all that dry powder may not rescue startups in a down market. Many VCs reserve part of funds to back existing portfolio companies, while limited partners might hold off on their capital commitments.

We asked the venture capitalists to rate their economic outlook and the early-stage startup investing outlook over the next year, on a 1-to-10 scale — 1 being extremely bullish and 10 being panic mode. Read on for their answers.

Reasoning: “In the long-term, a healthy reset will produce some really strong businesses. I don’t want to sugarcoat it — it is going to be a painful process. But I think there’s abundant opportunity.”

Rate the environment for early-stage startups: 2

Reasoning: “The noise-to-quality ratio is much more favorable now. And we’re seeing some really awesome companies continue to get out there and continue to get funding. Especially for early-stage startups, I think this is an awesome time to be investing. Growth-stage startups have complex challenges at this moment. But for companies that have pretty clean cap tables and a strong strategy and team, this is a really good time to be building.”

Reasoning: “There are clearly headwinds, but I think things are holding up pretty decently. It’s both an opportunity and a challenge. We’ve had a significant number of layoffs. On the one hand, our startups that are selling into big tech companies are going to face headwinds. On the other hand, what a great opportunity to hire great talent.”

Rate the environment for early-stage startups: 4

Reasoning: “What we’re seeing right now is seed deals are actually continuing at about the same pace. Valuations are roughly equivalent to where they’ve been. Series A rounds are getting done with a higher bar — much more stringent metrics, valuations down a little bit. Series B and C rounds are tough.

If that remains the case throughout all of 2023, that will be a challenge because all these seed deals that have been done at roughly the same pace will run into a crunch when they get to A, and certainly B. I’m bullish, though, that it’s going to turn around. There is quite a bit of dry powder sitting on the sidelines. So as long as things don’t get worse, and there is some certainty and stability, I think the downstream environment can come back.”

Reasoning: “We’re in the reset portion of an economic cycle, and I do believe there’s more pain ahead. But unlike the last downturn, this one seems to have hit the most speculative portions of the economy hardest, as opposed to everyday people losing their homes. The other piece about economies moving in cycles is that the hard reset will be followed by a new period of rising prosperity. The big question is, have we hit bottom yet?”

Rate the environment for early-stage startups: 1 for pre-seed and seed; 7 for Series A; 9-10 for Series B

Reasoning: “There is a very exciting batch of companies popping up that have a much stronger focus on substance and fundamentals, and are more appropriately priced. It’s night and day versus what we were seeing a year ago. I’m loving this current vintage. Securing a Series A is much harder than it was a year ago, and Series Bs are nearly non-existent. The next 12 months will be very hard for anyone who raised a seed before the reset. Everything will come back, but this part of the market will take longer.”

Reasoning: “Seems 50/50 whether or not we can achieve the proverbial soft landing — clearly a very challenging time in the technology sector after years of unbridled growth expectations and resulting high multiples.”

Rate the environment for early-stage startups: 2.5 – 5

Reasoning: “Given we focus on seed stage, our investments have many years to develop and grow before we’re looking for any sort of liquidity. That being said, achieving rapid growth in these times is no doubt challenging — for business-to-business, customer companies are being very conservative, resulting in long sales cycles, CFO scrutiny of purchases, and potential internal sponsors in a ‘risk off’ mode. All this means ‘ROI’ must be a no-brainer to make headway. For B2C, consumers are not interested in much of anything new that’s not a ‘must have.’ Given those caveats, we continue to look for and invest in early-stage companies with great teams and compelling solutions focusing on problems that have a ‘no-brainer ROI’ or are a ‘must-have.'”

Reasoning: “We’re clearly headed for a recession, but I don’t expect it to be particularly sharp or deep. Early indications are the Fed’s actions have started to put a real dent in inflation, and I expect a slowing of rate increases into first half of 2023 and possibly even an easing in the back half so as not to put the economy in too rapid a deceleration. We definitely aren’t going back to the easy money era of the past decade-plus anytime soon, but barring a big geopolitical surprise (Taiwan, escalation in Europe, etc.) we should expect a return to a stable, if less frothy, outlook within 12-24 months.”

Rate the environment for early-stage startups: 2-3

Reasoning: “The easy money policies of the past decade created an extremely unhealthy climate for durable company-building, with fundraising progress based on investor FOMO rather than actual business performance, leading to significant valuation inflation at every stage in the capital stack, reinforced by inflated public company comps and a very liquid SPAC and IPO market. When money is tight, the quality bar for financing success is higher and teams have to deliver more business performance for each successive round of funding, which means healthier companies and valuations that actually make sense at every stage. I think the next few years are likely to produce some extraordinarily strong companies that go on to deliver exceptional returns for their founders, investors and early employees.”

Reasoning: I’m overall bullish that we’ll have a better year in 2023, but 2022 has been challenging. It doesn’t help that we’re seeing such mixed messages in the market right now. On the one hand, you open the WSJ to see reports about a continued tight talent market. Then on the other, especially here in Seattle, we have the visible reality of recent, large layoffs at companies such as Amazon, Meta, and others, that are affecting the community. In the PNW we have a wide array of technologists and experts across a variety of industries from tech to aerospace to retail to food and beverage… you name it. I believe our region, and the innovative power within it, will continue to be a source of strength for both our local and national economies

Rate the environment for early-stage startups: 2

Reasoning: Very bullish. Early stage company building is for the dreamers, the most passionate builders, and those who are most determined to fix a real problem or bring to light a new innovation. As an early stage venture investor, we take the long-term view because startups founded today takes years to become successful. We expect these entrepreneurs to build products, learn from and sell to customers, and refine the economics of their businesses during good and bad macroeconomic conditions. We are always excited, ready to be inspired by, and interested to invest in talented entrepreneurs and his/her big visions for transforming whole industries and markets.

Reasoning: “About half the time someone issues a macroeconomic forecast — including the macro forecasting professionals — they get it wrong. So I hesitate to give a number given that. We are in an enormously complicated time with everything from interest rates to geopolitics that could affect the dominant shape of our economy. That said, I think founders, investors, and employees would be wise to prepare for things to get worse before they get better.”

Reasoning: “All the work we do at PSL, both in our studio and our fund, is long-term oriented. I have no idea where the world will be in 5-10 years when the companies getting started today find liquidity events, and neither does anyone else! The thing that truly matters is building products that deliver value to customers and being able to capture a reasonable piece of that value. I’m confident that the companies that create lots of value with the potential to be highly profitable will continue to find investors. But that bar is much higher now than it was, and a lot of companies that would have been funded over the last several years won’t be in the next 12-plus months.” 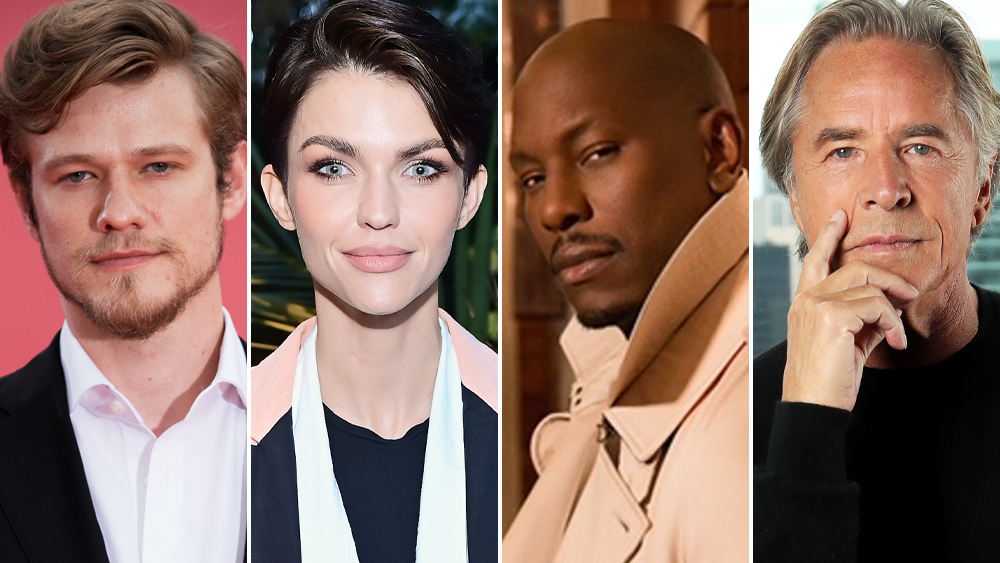 AI Is Making Its Way Into Drug Discovery. What Does It Mean For Biotech?

UK regulator asks members of the public to...