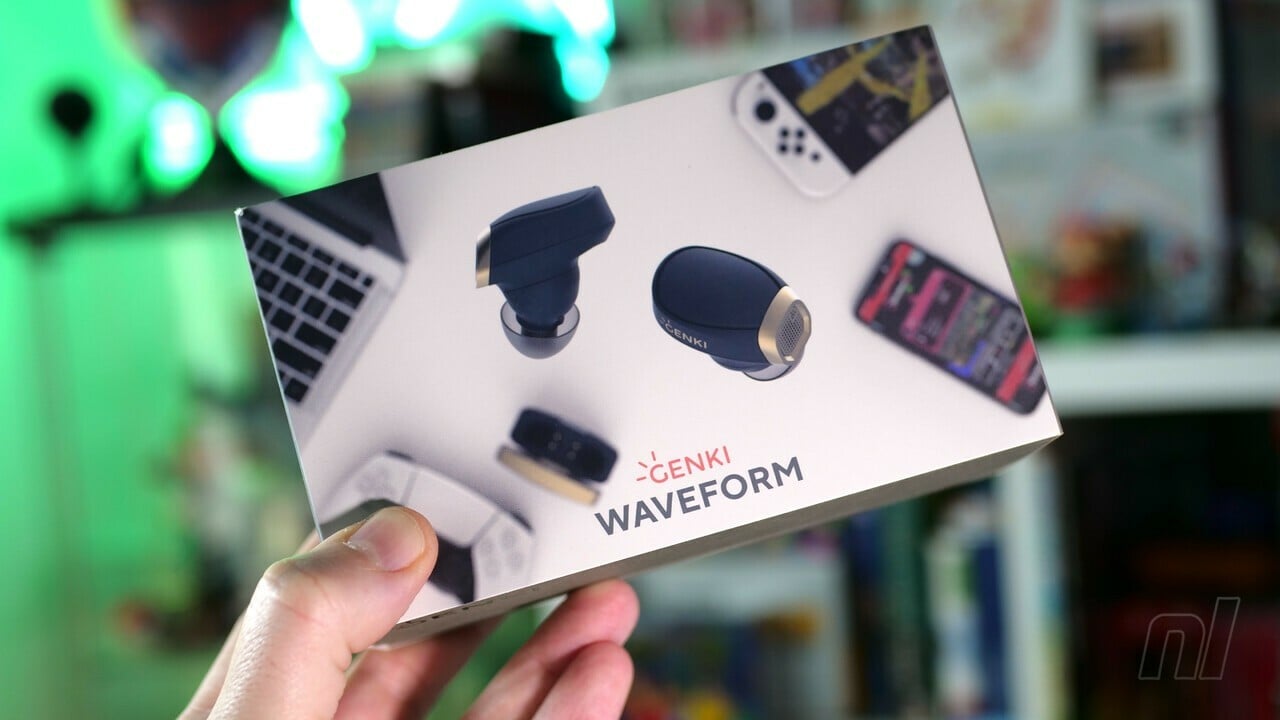 Earlier this year, tech company Human Things – which is behind the growing ‘Genki’ series of gaming-focused products – successfully raised $879,063 for the Genki Waveform wireless headphones. This might not seem like big news for gamers, but the Waveform headphones have a secret weapon: you can stream two audio sources simultaneously – something that naturally came as very welcome news to those who play a lot of online games, judging from the massive success of the crowdfunding campaign.

We’ve been sent a pair of Waveform headphones by Human Things, and have been putting them through their paces over the past week or so. We’re generally impressed, but there are some caveats which prevent these headphones from being the all-out success they perhaps could have been.

A quick glance at the Waveform headphones isn’t likely to give you any shocks; they look like a pair of typical wireless earbuds. They’re fashioned from plastic and are relatively lightweight, and they come inside a carry case which boasts wireless charging tech, so you can avoid using the USB-C port on the back if you so wish. The case has its own built-in microphone, which you can use instead of the mic in the headphones themselves.

Sound quality on the Waveform headphones is generally decent, if a little lacking in bass. The built-in mic on the headphones is quite poor, which might cause concern for those of you who are planning to do a lot of talking during your online play. The aforementioned mic on the case is a little better, provided you can place it in the optimal position in the room.

As we’ve just discussed, Waveform’s big selling point is the ‘Dualstream’ audio system, which allows you to listen to two audio sources at the same time. So you can feed in the audio from your Switch but also connect to Discord, for example – or listen to music while you’re playing your game via Spotify running on your smartphone. It has other, non-gaming applications, too; you could take part in a video call and listen to music at the same time, for example.

The instructions don’t do a brilliant job of explaining exactly how you get all of this set up, but thankfully the Genki Waveform app (available on iOS and Android) does, so we’d recommend downloading that rather than relying solely on the printed manual in the box. You basically have three main ways of connecting the Waveform earbuds; you can use the traditional Bluetooth connection, or you can connect the Waveform’s case to your source device to take advantage of the low-latency aptX-Adaptive connection. The Dualsteam feature requires a combination of the two; you have to connect your case to one device (there’s a 3.5mm cable in the box if you need it) and then connect the other via Bluetooth. That means one connection will potentially have more latency than the other, which is something to keep in mind.

However, while it’s a little daunting to get it all up and running, it does work – and it works well. However, as much as we like the Dualstream functionality, there are elements of the Waveform that we’re less pleased with. We found that sometimes the Waveform buds would forget that they’ve been paired to a particular device when returned to the charging case; one would assume a future firmware update will fix that issue, but it’s annoying all the same.

We’re also not entirely sure the design is as comfortable as it could be; it requires a little bit of fiddling to get the earbuds in exactly the right position, and even then, they don’t feel as comfortable as our trusty PowerBeats Pro wireless headphones. Still, we do like the fact that Human Things has included a wide selection of different wing, memory foam and silicone tips in the box, so you can find the one that suits your ear the best.

With a cost of $250, the Genki Waveform wireless earphones aren’t cheap, but they offer something reasonably unique for a product of this kind – the ability to mix audio streams – and for some gamers, that will be enough to overlook the lack of bass and the slightly buggy performance. As ever, Human Things has found a gap in the market and gone for it – with reasonably successful results.

Thanks to Human Things for supplying the Genki Waveform headphones used in this review. 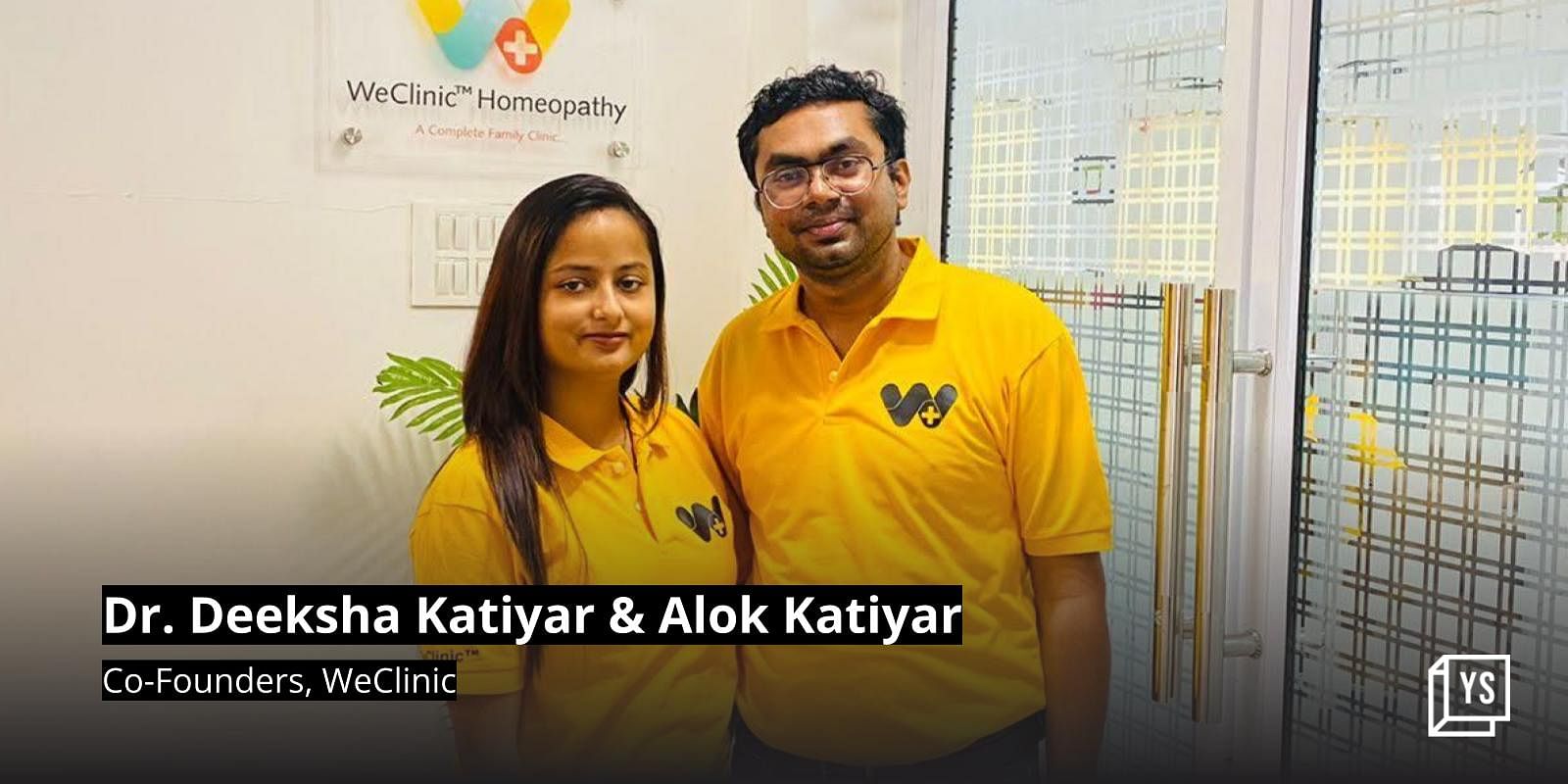 Connecting patients on WhatsApp, WeClinic is bringing teleconsultation to homeopathy