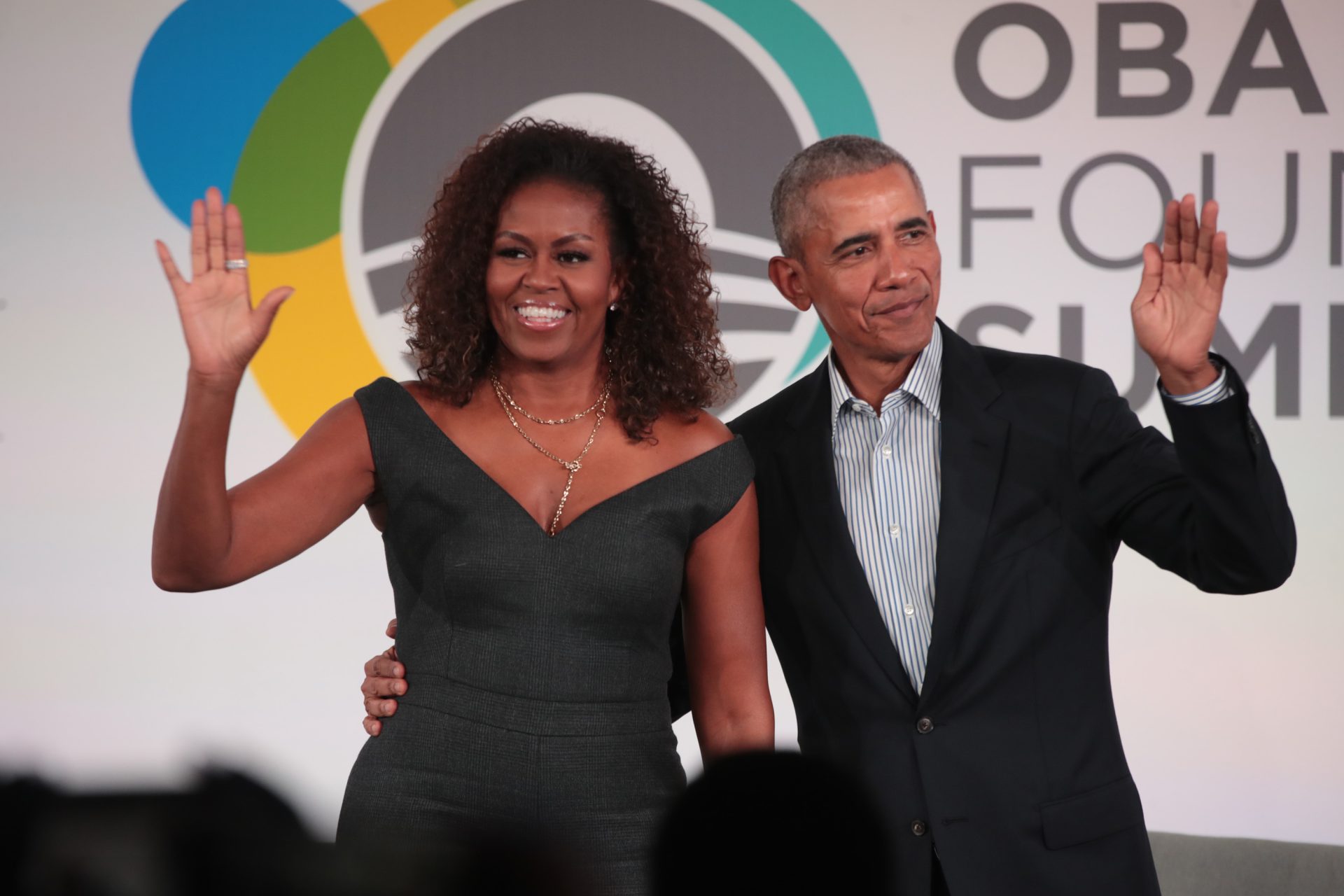 Former First Lady Michelle Obama has been making her media rounds while promoting her new book. In her latest public appearance on Jimmy Kimmel Live, Michelle spoke about life since leaving the White House, Christmas decor, family trips, and parenting.

At one point, Jimmy asked the author about a viral video involving her husband and former President Barack Obama. Back in October, Obama spoke at a Democratic campaign rally in Detroit, Michigan, per PEOPLE.

During the speech, Obama began explaining that “sometimes going on a campaign trail feels a little harder than it used to, not just because I am older and grayer…” Before he could finish his statement, a compliment slipped through the crowd’s laughter. A woman had yelled, “you still fine than a motherf****r.”

Obama, flashing a wide grin, repeated a PG version of the compliment, telling the crowd, “I don’t know if y’all heard that…she said I was so fine.”  The former president kept the compliment going with a jokey joke saying, “I’m not gon’ tell Michelle you said that, although Michelle does agree, she knows.”

Obama: I’m getting old and gray.

Black lady: You fine than a mfer. pic.twitter.com/8ilpc5GsKM

Barack Obama DID Tell Michelle Obama About The Moment

Turns out Barack did share the moment with his wife–almost immediately after getting home. But the first time Michelle actually saw the moment was during Jimmy Kimmel Live.

The former First Lady let out a wide-grin laugh as soon as the woman spoke the compliment. When Barack asked the woman to say the compliment again and then repeated it into the mic, Michelle laughed out loud. Michelle kept her response throughout the whole clip playa–all smiles and laughter for the lighthearted moment.

Then, Jimmy being Jimmy, asked Obama if she shared similar stories with Barack. She jokingly shut that down.

“No, he doesn’t need to know all my business,” Michelle said.

These days, when she isn’t promoting The Light We Carry and Barack isn’t on post-presidential duties, the pair spend time at home. And one thing they love? Basking in their “boring times.” Michelle says they welcome boredom after nearly a decade at the head of the country.

“There are tons of boring times, which we love, we need…After eight years in the White House, you want desperately to have…we celebrate the boring times,” Michelle said. “We look at each other and go, what are you doing? Nothing! We’re like, yes.”

Pip Williams’ ‘The Dictionary Of Lost Words’ To...

Watch the first 22 minutes of One Piece...