Meghan Markle ‘Guided’ to Not Invite Niece Ashleigh to Royal Wedding: What to Know About Samantha Markle’s Biological Daughter

A sweet family bond! Despite Meghan Markle’s estrangement from father Thomas Markle and her half-siblings, she is close to niece Ashleigh Hale.

“I am Meg’s niece,” the immigration attorney revealed in the third episode of Harry & Meghan, which premiered on Netflix on Thursday, December 8. “Meg is my aunt on the maternal side of my family. So, she is my biological mother’s half-sister.”

The lawyer’s biological mother is Samantha Markle, whom Thomas shared with ex-wife Roslyn Markle alongside son Thomas Jr. However, Hale was raised by her paternal grandparents, alongside brother Christopher Hale.

“So, they got custody of us when I was probably around 2 years old and, ultimately, they did adopt us,” Ashleigh said in Thursday’s episode. “So, I was raised by my paternal grandparents and, you know, for me, they were my parents.”

Ashleigh further claimed in Harry & Meghan that she had not seen Samantha, now 58, since she was 6 years old before they reconnected in 2007. Shortly after the mother-daughter pair’s reunion, the 78-year-old former lighting director told Meghan the news. The Duchess of Sussex, 41, was immediately interested in reaching out to Hale via email.

“It started out with these long emails back and forth to each other and then texts and calls,” Ashleigh recalled in the Netflix doc. “After a while, I think we were talking, on some level, several days a week.”

Meghan and her niece quickly “hit it off” and began planning trips during the actress’ hiatuses from Suits, which was filmed in Toronto.

“I think she takes on a lot of roles to me. There’s a sister element, there’s something maternal, she’s a best friend, she’s kinda all the things,” Ashleigh gushed in Harry & Meghan, as footage flashed of the twosome bonding through the years.

Meghan added: “I think we both craved the same thing. I wanted a sister and she was like a little sister. Ash was put through quite a bit by the media just through association. I didn’t want her life to be plagued with all that drama.”

As the Bench author and Prince Harry began planning their May 2018 nuptials, it was suggested to the bride that her niece be excluded from the guest list given Meghan’s family drama with her father and siblings.

“I don’t think anyone understands what that very small comms team was dealing with,” Meghan claimed in the Thursday episode. “They just couldn’t wrap their heads around it and I have compassion for it. How do we explain that this half-sister isn’t invited to the wedding, but that the half-sister’s daughter is? And so with Ashleigh, the guidance at the time was to not have her come to our wedding.”

She added: “I was in the car with H. I had [Ashleigh] on speakerphone and we talked her through what guidance we were being given and why this assessment was made and that’s painful.”

“I think it would be very hard to ‘tell all’ when you don’t know me,” Meghan quipped about her half-sibling’s memoir during her CBS tell-all interview in March 2021. “This is a very different situation than my dad, right? When you talk about betrayal, betrayal comes from someone that you have a relationship with, right? I don’t feel comfortable talking about people that I really don’t know.”

Meghan — who noted at the time that she had not seen Samantha in person in nearly two decades — revealed that she grew up as an “only child.” The California native’s parents, Thomas and Doria Ragland, split when Meghan was a toddler. While Meghan noted in Harry & Meghan that her parents “coparented well,” she became estranged from her father ahead of her wedding after he reportedly staged photos of himself getting ready for the big day and speaking to the press about their relationship.

Before Meghan and Thomas’ rift, they remained close — but the former Deal or No Deal model alleged she was never as tight with Samantha.

“Suddenly, it felt like she was everywhere,” Meghan said in the doc after Samantha started speaking out about their sibling dynamics amid her romance with Harry. “I don’t know your middle name. I don’t know your birthday. You’re telling these people you raised me, and you coined me ‘Princess Pushy?’ I don’t remember seeing her when I was a kid at my dad’s house. … I hadn’t had a fallout with her. We didn’t have a closeness to be able to have that. And I wanted a sister!”

The first three episodes of Harry & Meghan are currently streaming on Netflix.

Scroll below to get to know Meghan’s niece: 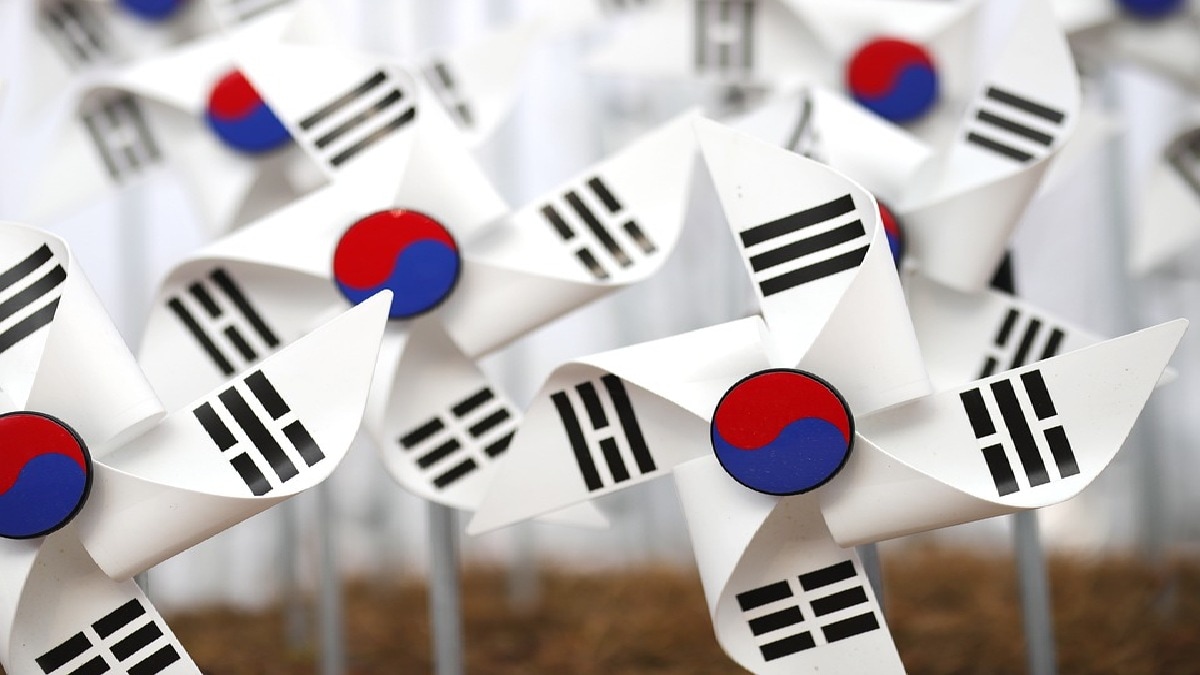 South Korea to Invest Over $177 Million in Opening Firms, Jobs in Metaverse Sector

Paolo Sorrentino sounds alarm for cinema, says he has a duty to make movie for big screen – Marrakech