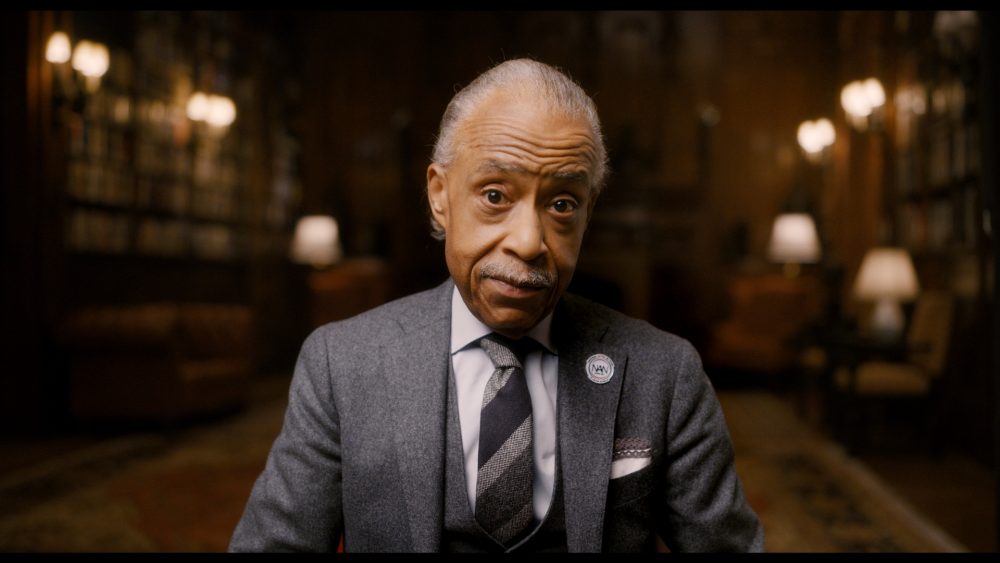 The film directed by Josh Alexander opens in theaters on December 9 in time to qualify for Oscar consideration; it becomes available on VOD at Amazon Prime and Apple TV on January 13.

“Chronicling Rev. Al Sharpton’s work for social change from the streets of 1980s Brooklyn to 2020 Minneapolis, Loudmouth presents never-before-seen footage on the frontlines, in the media and in the corridors of power, to paint an intimate and revealing portrait of this tireless activist,” a synopsis of the documentary explains, noting that it features former Pres. Barack Obama, the Rev. Jesse Jackson, the late James Brown (a mentor and father figure to Sharpton), and Sen. Chuck Schumer of New York, the top Democrat in the U.S. Senate.

“Loudmouth not only tells the story of my career as an activist but how the media interpreted acts of racism in northern cities like New York,” Rev. Sharpton told Deadline in a statement. “When democracy is under its greatest threat in a generation and acts of hatred are on the rise, there has never been a more poignant moment for this story to be told. My hope is this will inspire the next generation of loudmouths to stand up and call out injustice in their communities.”

“We are honored that Reverend Sharpton has chosen to take this film’s journey with us,” Alexander said in a director’s statement. “As a white, Jewish male growing up in the Bay Area in the 1980s-90s, I was socialized by the news I consumed and the talk shows I watched. And much of what I consumed was slanted through a lens of complicit bias that is breathtaking to re-consider in hindsight.”

Alexander added, “Examining Reverend Sharpton’s life while simultaneously interrogating the narratives the media propagated at the time is central to getting this story right. As this is ultimately a story of competing narratives; of entrenched systems of coordination between storytellers in the political sphere, the criminal justice system and the media. This is the story of that ecosystem and Reverend Sharpton’s place within it.”

Watch the trailer for the film above. It begins with Rev. Sharpton ignoring a threat on his life. Such threats aren’t idle ones; he was stabbed in the chest in 1991 by a resident of the Bensonhurst section of Brooklyn, New York during a protest related to the killing by a white mob of teenager Yusef Hawkins. Modern Warfare 2 is no longer available for Steam Family Sharing

Blake Lively, Justin Baldoni to Star in It Ends With Us