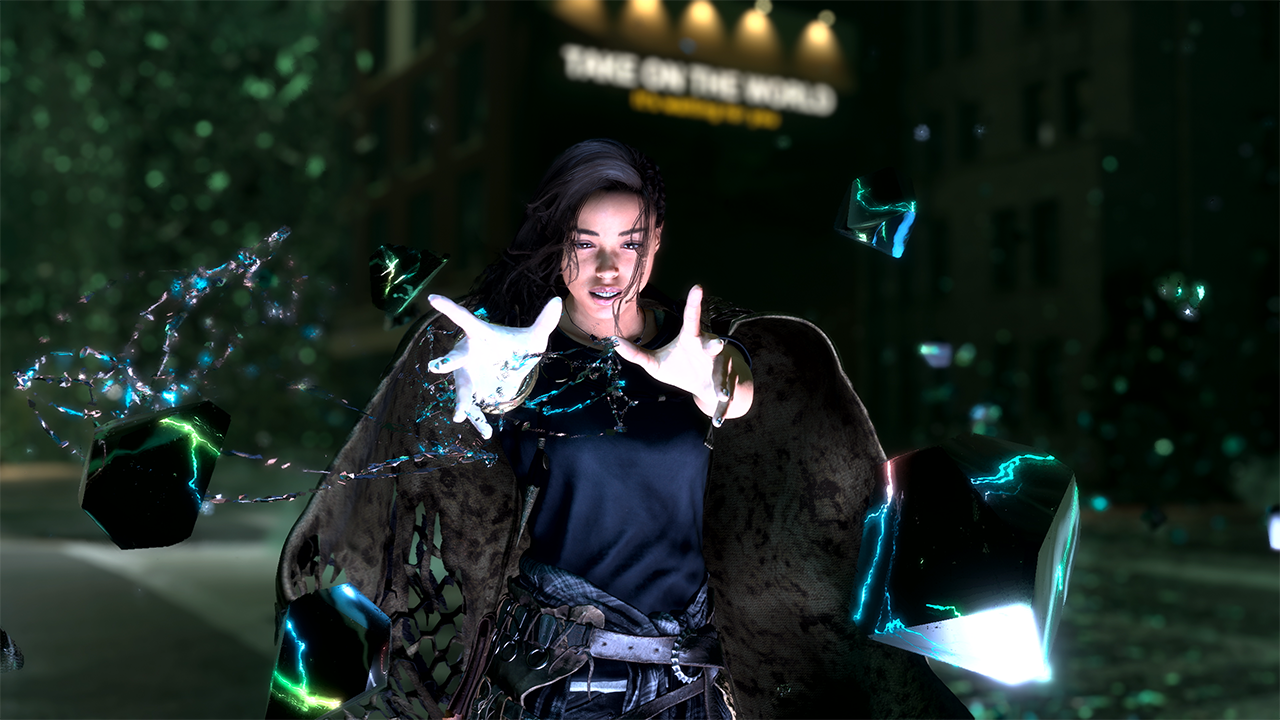 Forspoken does not make a great first impression. While at a preview event ahead of the game’s release next month, I was able to play the upcoming action-RPG and the first few minutes filled me with trepidation. The dialogue was too cute by half, and the combat felt cumbersome. However, those early growing pains slowly subsided as I continued on until eventually, time slipped away without my notice. Despite a rocky start, Forspoken found its stride and showed real promise.

Those awkward early moments have already been a dominant topic of conversation after a trailer in August inspired a flurry of conversation across social media about Frey’s running “well, that just happened” style of narration. That trailer was largely from the earliest part of the game I played, Chapter 2, and yes, that element is absolutely present. If anything, there’s more of it. Frey talks to herself and her sentient vambrace, nicknamed Cuff, constantly, narrating her way through events and repeatedly pointing out how unbelievable it all is. Hailing from New York, she often drops casual references and slang from her world only to be met with a confused “huh?” from those around her, forcing her to explain herself or shrug it off with a hasty “never-mind.” It happens so much, in fact, that it gets a little grating–come on, Frey, shouldn’t you have figured out to just stop using idioms by now?

I was similarly put off by the very earliest taste of combat. Frey starts off with just a handful of magical abilities, a family of purple magic representing the element of earth. In practice, these are ranged spells with some minor variations: a standard shot that can be charged for a more powerful burst, a weaker rapid-fire spell, and a rudimentary shield that can burst out and deal damage at close range. It takes place in third-person, so these are basically magic-guns with the over-the-shoulder perspective you’d expect from a third-person shooter. The earliest fights, especially before Frey starts to get her magic-enhanced movement abilities, felt like trying to dance with bricks tied to my calves.

As more abilities open up, however, it becomes clear why those first few fights didn’t feel very good. The combat is built around the movement, and Frey’s ability to launch into a huge burst of speed is instrumental in making everything else work. Once you earn your magic parkour, combat becomes a frenetic ballet, juking around the battlefield to flank enemies, fire off some shots, and then zip away again.

Frey is almost disorientingly fast once you acquire these abilities, since the initial burst of speed when you trigger the parkour movement is so quick compared to the steadier rhythm of sprinting. It took me some time to adjust to this new, much more agile playstyle, but once I did, the combat fell into place. For fans of Final Fantasy XV, this combat will feel very similar, albeit with more singular focus revolving around Frey and her ability to control the battlefield herself.

Frey’s parkour abilities also tie into the traversal in the massive open world, and feel great. You push off of the ground (or even thin air) like a professional skater, scaling walls in a split-second and then leaping off a precipice. It’s exciting and kinetic, and even the most basic movement tools show a lot of room to build on with further traversal abilities. As with the combat, it took me some time to adjust to the speed of the movement, especially when some moments required platforming finesse, but I enjoyed what I tried and I’m looking forward to having more time to perfect my magic-parkour skills.

You can upgrade your magic by exploring the open world and collecting Mana, and the equipment is very based around looking good while doing it. The equipment types come with all the usual combat upgrades you’d expect from an action-RPG, but the system seems designed around giving you some visual panache. Frey can equip a variety of cloaks and necklaces that augment her abilities, and passive buffs come from nail patterns. The lore explains this as the patterns themselves being an incantation of sorts, but in practice it’s just a cool way to have elaborate nails that grant passive buffs to augment your particular play style.

And almost invisibly, as I was enjoying the combat and movement tools and making my way through the story, I started to warm up to Frey as a protagonist, too. The further she got from New York, and the more invested she became in the world of Athia and its characters, the more relatable she was. I didn’t care much for the snarky, too-cool player surrogate who fell into a magic land and couldn’t shut up about it. I did care for the woman who befriended a young pickpocket and protected an old man suffering from what can only be described as magic-induced dementia.

Athia is a high-fantasy world, which accounts for some of the language gap, and it’s suffering from an apparent worldwide blight that Frey nicknames The Break. The Break infects everything, turning animals into twisted abominations and humans into zombies, but Frey is immune for some mysterious reason. When she finds the last human city and starts to have other human characters to conversationally bounce off of, she quickly becomes much more well-rounded and likable. Athia is under the watchful eye of four Tantas–matriarch queens who were once graceful and just rulers but have been twisted into tyrants. They’re apparently also immune to the Break, as they don’t live in the last human city, but they’re treated almost like demigods. When they visit, as one did during my play session, it’s cause for alarm.

The one who visited was Tanta Sila, the Tanta of Strength, who seemed very alarmed by this outsider who can also traverse the land without being corrupted. As you might expect, you end up battling with her, which capped off the main portion of my time with the game. The boss battle was a real test of skill for everything I had done up to that point and felt appropriately climatic. While the dialogue was uneven, the voice performances were not. Ella Balinska, who plays Frey, hands in a consistently excellent performance–even if she sometimes has to do her best with some clunkers of dialogue. When the script demands it, she drops her register into one that feels grounded and empathetic. Inversely, Janina Gavankar, who plays Tanta Sila, made a delicious meal out of her character’s boisterous melodrama. There wasn’t a bad voice in the bunch, even given the aforementioned cringey lines and some repetitive combat barks.

By the time I finished off Tanta Sila, I realized how much time had passed. Hours had gone by and I hadn’t even noticed, which is a testament to how fun Forspoken can be once it starts to build momentum. I was given a brief chance to try some of Sila’s magic abilities, given to you after beating her. Hers are melee-focused, and that opens up an entirely different layer to the combat. Being able to switch between your long-range fire and close-range summoned-swords on a whim, all while darting around the battlefield with super-speed, really made the combat sing. And I got the slightest taste of how the traversal abilities will iterate, with a grapple that springs you up onto crystal waypoints. Those were found most often on floating cliffsides, giving the whole thing the feel of a 3D platformer.

There are other aspects, though, that I didn’t see enough of during this playthrough and gave me pause. Though the demo started in Chapter 2, some of Frey’s lines of dialogue heavily imply that she’s been in trouble with the law and is no stranger to a courtroom. It remains to be seen how developer Square Enix fully handles that storyline, which could be problematic if mishandled.

When Frey first steps into the world of Athia, she’s awkward, uncomfortable, and fills the silence with chatty snark. As she settles into her heroic role, though, she becomes comfortable in her own skin. Likewise, Forspoken is a game that starts wrongfooted and then seems to find its rhythm. Once it gets there, it’s easy to while away the hours with tightly-crafted combat, sharp traversal, and a world I want to learn more about. 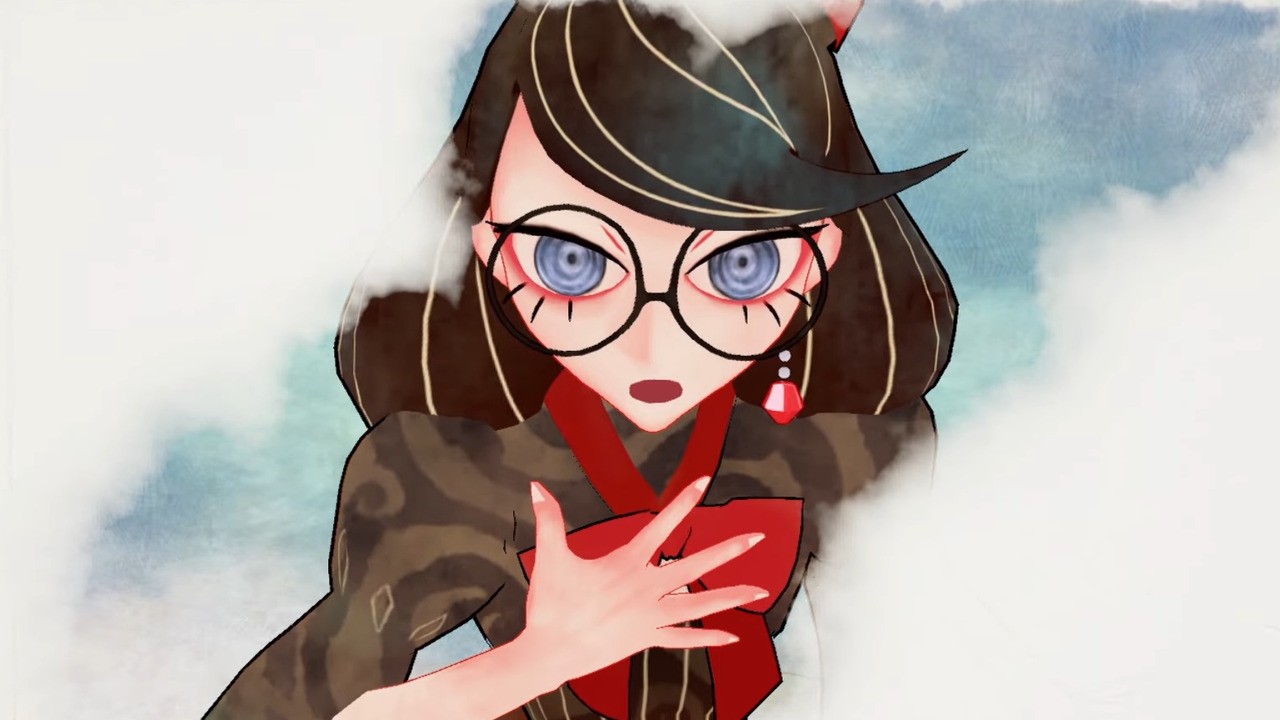 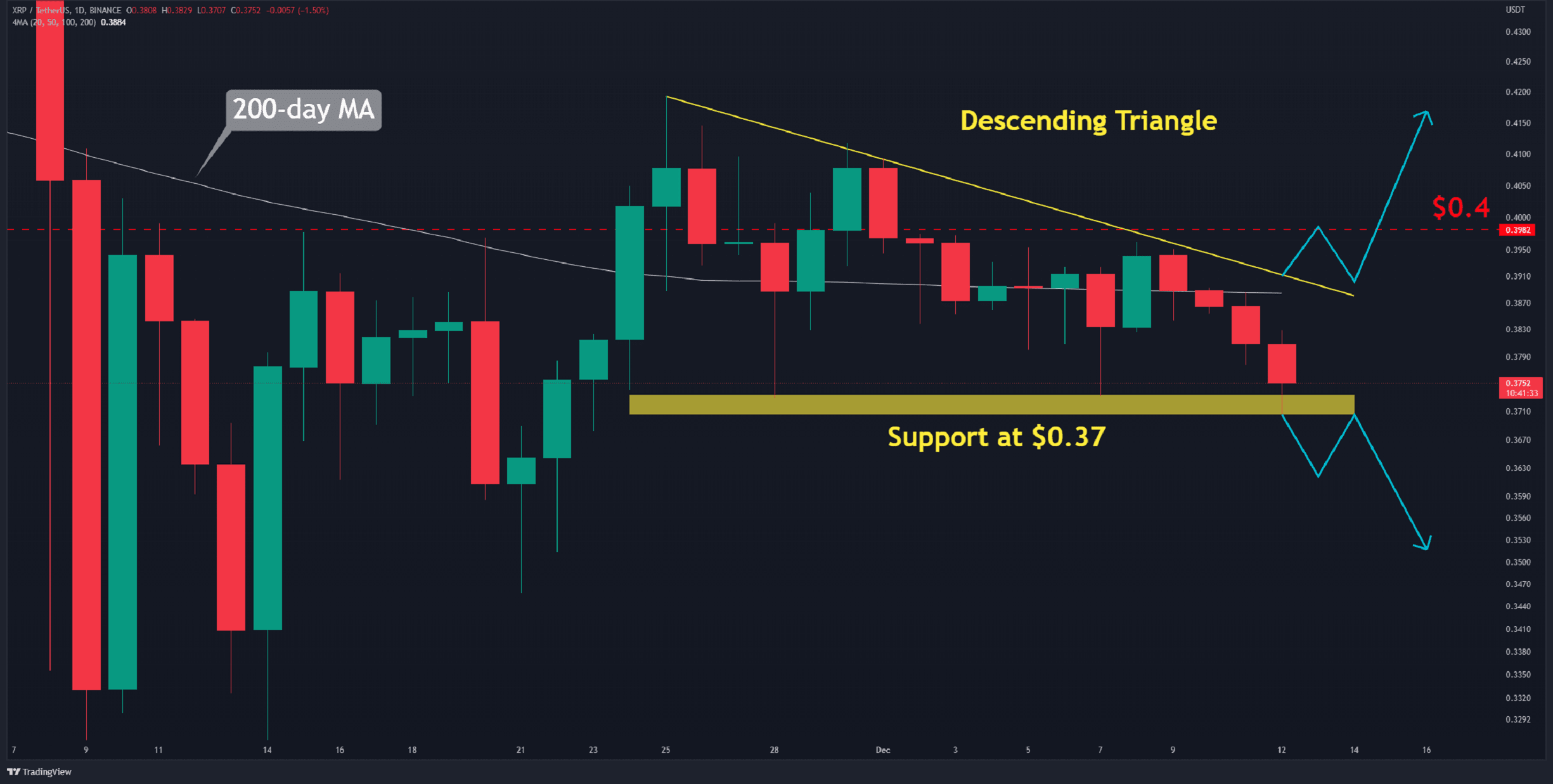 Characterization in trailers, cutscenes and cinematics (for the game music composer)