Under the upcoming provisions, gaming companies may need to submit anonymised reports on usage by children

The new rules may come under the upcoming Digital India Act

At a time when the Indian government is tightening its grip around online gaming, a new rule is reportedly underway to limit the amount of time children can spend on a gaming app. Under the upcoming provisions, gaming companies may need to submit anonymised reports on usage by children.

The new rules may come under the upcoming Digital India Act, ET reported. The ministry of electronics and information technology (MeitY) is working on these rules to check children’s addiction to gaming.

“Addiction (to games) has to be dealt with — whether we do it partly in the IT Rules and partly in the DIA (Digital India Act), it is going to be done. We are dealing with issues that need very new, innovative solutions,” a senior government official said as quoted in the report.

The official also added that MeitY will consult with gaming companies, parents, school associations and adult gamers on how best to frame a new solution, if needed.

According to the official, one of the ways to monitor the hours that a child devotes playing a game, per session, can be framed around usage disclosure by mobile phones.

Recently, the Centre appointed MeitY as the nodal ministry to oversee the online gaming industry. The central government notified the change to the Allocation of Business Rules on December 26 to make this amendment.

Following the development, the ministry has proposed a self-regulatory mechanism for online gaming companies in the draft online gaming rules. The rules have been published as draft amendments to the IT Rules, 2021.

“With the user base of online games growing in India, need has been felt to ensure that such games be offered in conformity with Indian laws and that the users of such games be safeguarded against potential harm,” MeitY said.

As per the draft amendments, online gaming intermediaries will have to observe the due diligence required under the rules while discharging their duties, observe additional due diligence by displaying a registration mark on all online games registered by a self-regulatory body, among others.

“Self-regulatory bodies will be registered with the ministry and may register online games of such online gaming intermediaries who are its members and which meet certain criteria. Such bodies will also resolve complaints through a grievance redressal mechanism,” the ministry added.

The developments come at a time when regulatory instability has been plaguing the industry for sometime now as a number of states such as Telangana, Andhra Pradesh, Tamil Nadu, Karnataka, and Kerala have issued various notifications banning online gaming. 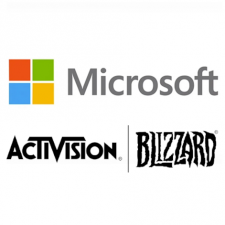 ‘Parenthood’ Cast: Where Are They Now?

Game maker Studio Sirah raises $2.6M in a pre-Series A round

TechCrunch wants to meet your startup at CES 2023

10 Institutes to Consider if You Are Building Startups

How To Enable 2FA On PS4 [Two-Factor Authentication]