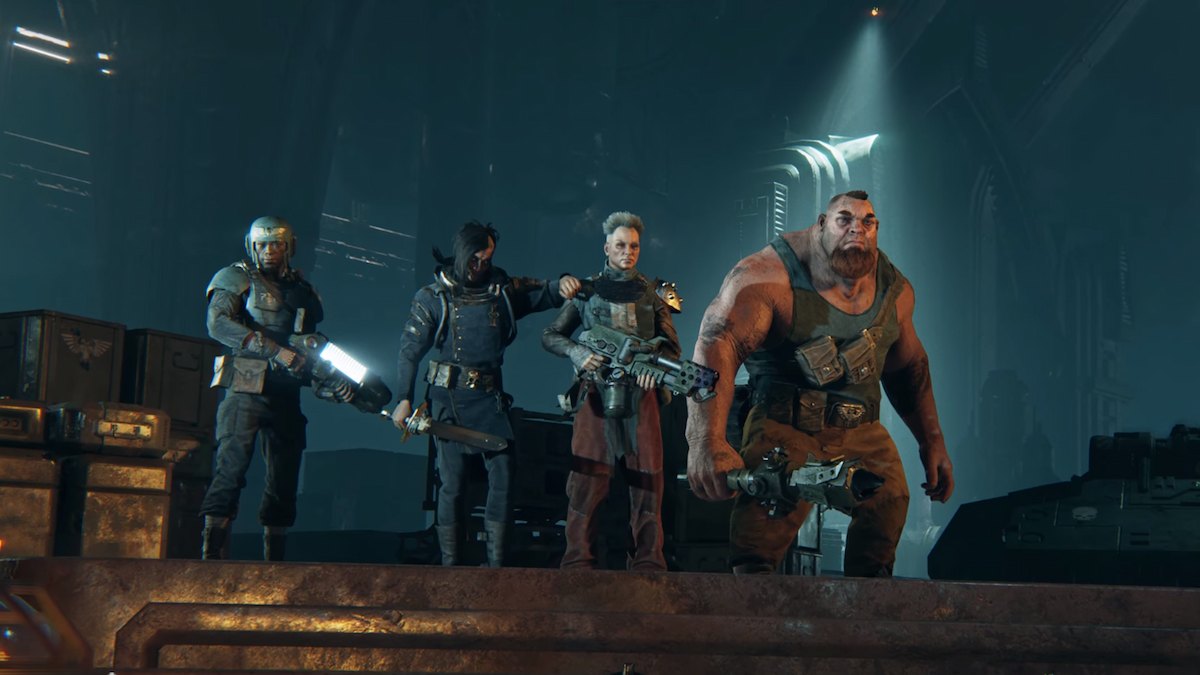 Warhammer 40,000: Darktide is an action-packed role-playing game set in the dark and violent world of Warhammer 40K. Players fight against hordes of relentless enemies in raging firefights or intense close-quarters combat. With its rich atmosphere and fierce battles, Darktide is sure to appeal to fans of the Warhammer 40K universe and players looking for an enthralling and brutal experience. With its focus on a team-based strategy, Darktide also offers a unique twist on the RPG genre. Players must work together to survive and complete missions while ensuring they don’t fall victim to the treacherous forces of Chaos. But even rejects are blessed with tools. Here are the best Darktide weapons available to help purge the heretics in Warhammer 40K.

The best weapons you should have in Darktide

The Brunt Special MK 1 Club makes the Ogryn walking crowd-control machines. This Ogryn-only weapon can knock enemies down using a single blow and even stagger special enemies to death. Unfortunately, the downside to this Darktide weapon is that it is ugly as hell and lacks in the armor-piercing department. Ogryn is incredible, but this weapon makes them Ogrageous. The Nomanus Surge Force Staff is the best in the game right now; this Psyker-only weapon is best used to deal with hordes. This weapon’s strength, however, lies in its ability to stop and stun-lock almost any foe. This secondary staff attack will stop enemies in their tracks, making it effective against pox bursters, hounds, and mutants.

The downside is that its normal attacks are not as effective, and charging the secondary attack can be interrupted and may leave you vulnerable. The surge force staff also builds peril so, if you are not careful, you can overload yourself. But you will love this staff if you want to electrocute your enemies with unlimited power. When you think of Warhammer 40K weapons, the first thing that comes into mind is the chain sword. This sword is an absolute beast on the battlefield, easily cleaving through hordes of enemies. This sword’s special attack can damage armored targets and even one-shot non-special enemies. The downside is it’s not as effective with its normal attacks. But we cannot help but love this iconic sword. 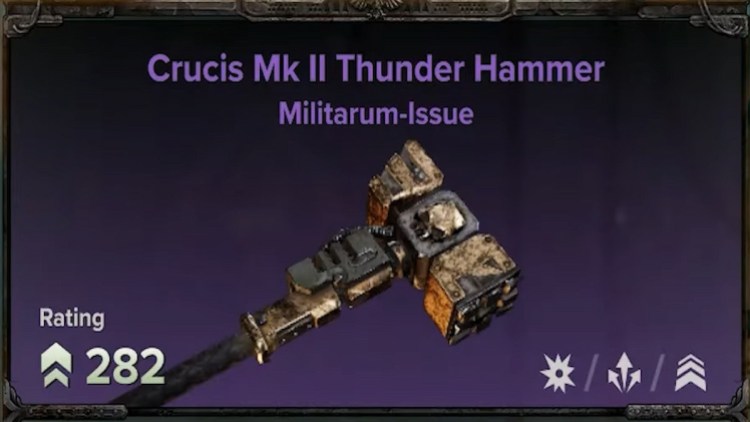 This Zealot-only weapon is the boss-killing god of weapons. Although it may be slower than its other melee brothers, this bad boy makes up for it in its damage- and crowd-control capabilities. The special skill of the Crucis Thunder Hammer is coating the hammer in lightning to deal massive damage; this, combined with the Zealot’s class skill, can wreck bosses. This is one of the best Darktide weapons to smite enemies in thy Emperor’s name. The Kantrael MG Ia Infantry Lasgun is the standard guardsman rifle. It is reliable in mid- to long-range firefights, making it suitable for taking out enemies your allies can’t reach. This gun is worthwhile because it deals good damage to armored and unarmored enemies, making it excellent for targeting special enemies. The downside is that it struggles with hordes, but it is still every Guardsman’s best friend. This chonky boy is an automatic shotgun with a blade at the end. This Ogryn-only gun can shred hordes and special enemies alike. The special attack uses the blade on the gun, so if you run out of ammo and do not have time to reload, this will help you out. The ammo capacity and range are not an issue, since you are an Ogryn. If you like to be in the frontline, the Lawbringer Combat Shotgun is your gun. It is surprisingly accurate for a shotgun when you aim down sight (ADS); it fires a slug round excellent for long-range shots. The shotgun also deals good damage to both armored and unarmored targets.

This shotgun is also great at dealing with hordes, which is always a plus. The downsides are its long reload time and small ammo capacity. But, aside from its downsides, it is still a solid Darktide weapon for dealing with the Emperor’s enemies. The Boltgun, also known as a bolter, is a classic 40K weapon. It is one of the most powerful hand-held firearms used by the Astra Militarum. This weapon, primarily used by the Adeptus Astartes, can efficiently dispatch any enemy with explosive rounds. It is also effective against hordes as it deals AOE damage. The only downside is its ammo capacity, which is not a lot. Nevertheless, this weapon is one of the finest gifts from the Emperor of Mankind. What’s better than one club? A club plus a shield. This weapon will turn your Ogryn into an absolute tank. The club may not do much damage, but the shield can block anything. You can also use the special ability to not lose stamina when blocking, making you block as much as you want. Wield this weapon and be the bulwark against the enemies of Mankind. The power sword is one of the best Darktide weapons in the game. It is an all-around weapon; you can cut straight through hordes like butter and quickly dispatch special enemies. It deals heavy damage to armored and unarmored enemies alike. Its special ability coats it with power to make the sword even stronger. This sword is the strongest melee weapon right now. Use this weapon to cut down the heretic and traitors in the Emperor’s name.

Fallout 4 will receive a free performance upgrade on PC

Celebs Who Were Booed at Sports Games: Kim Kardashian, More