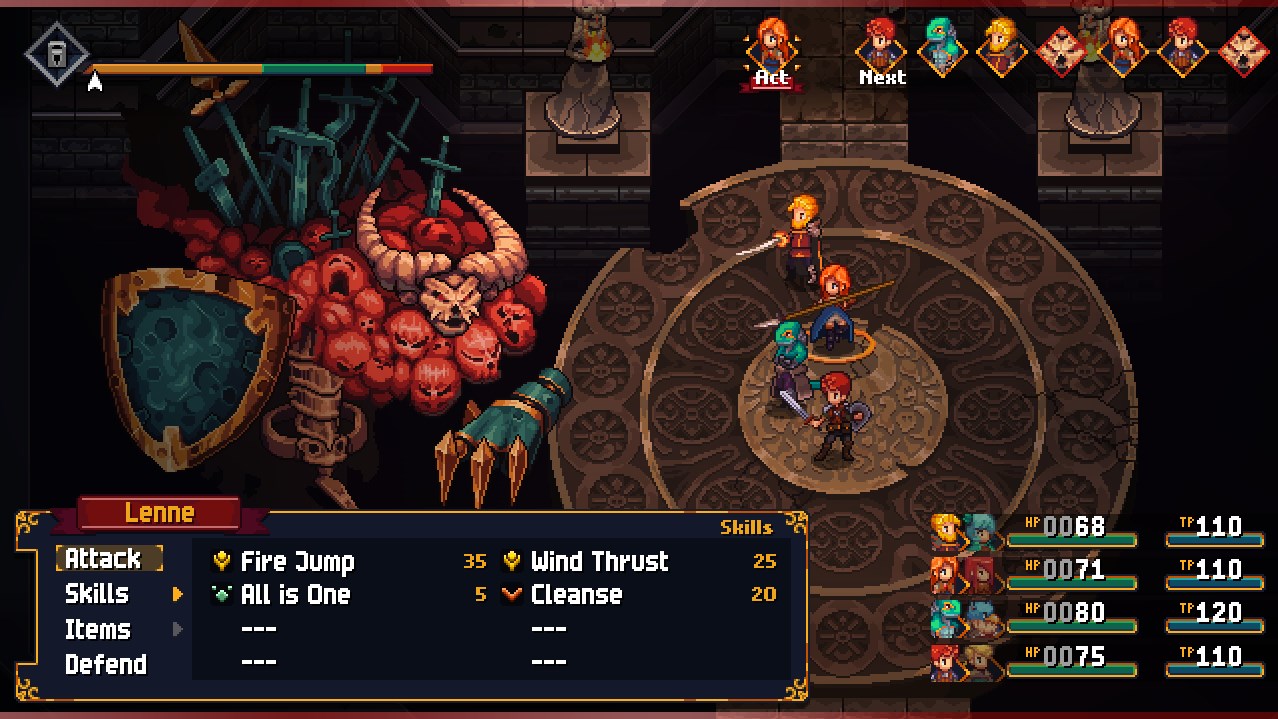 7 years in the making, Chained Echoes releases on console, PC and Game Pass

For some seven years Matthias Linda has thrown everything into Chained Echoes. Finally though, it’s time for release, playable on Xbox, PlayStation, Nintendo Switch, PC, and through Game Pass.

Available to purchase and download right now on Xbox One, Xbox Series X|S, PS4, PS5, Nintendo Switch and PC for around £20.99, or playable through the power of Game Pass should you prefer, Chained Echoes is a fairly traditional, all-encompassing JRPG, one that has been fully inspired by the classics of the SNES and PSX days.

Pushed along by those at Deck13 Spotlight and carefully crafted by Matthias Linda, Chained Echoes could well be seen as Linda’s magnum opus as it whisks players off to the land of Valandis. This is a place that is now at peace, years of war behind it. But as always – or at least, as always in gaming – things start to turn, conflict is on the horizon again and a weapon of mass destruction is being spoken of. It’s here where you – and your group of strangers – looks to save the world from harm.

From there, you should expect much from Chained Echoes. It promises some forty hours of content, playing out as a turn-based affair that makes the most of a rather tasty Overdrive Combat System. This should mean that fights and battles are fast but tactical, as you creatively customise your party how you see fit.

You’ll need to too, as Chained Echoes looks to combine medieval fantasy with modern-day steampunk elements – magic, mech, swords and boss fights await. The pixel visuals are well worth enjoying too.

If you’re down with the JRPG scene then Chained Echoes should well be one to consider. Whether you pay up the asking price or make the most of Game Pass, the hype is quite possibly real here.

Head on over to your favoured digital store and take home a download right now. For Xbox One and Xbox Series X|S players you’ll find the Xbox Store sorting you out. Chained Echoes is also on PS4, PS5, Nintendo Switch and PC.

Keep an eye out for our review.

Chained Echoes is a story-driven JRPG where a group of heroes travel around the vast continent of Valandis to bring an end to the war between its three kingdoms. In the course of their journey, they will travel through a wide array of diverse landscapes spanning from wind-tanned plateaus and exotic archipelagos to sunken cities and forgotten dungeons. Take up your sword, channel your magic or board your Mech. Chained Echoes is a 16-bit SNES style RPG set in a fantasy world where dragons are as common as piloted mechanical suits. Follow a group of heroes as they explore a land filled to the brim with charming characters, fantastic landscapes and vicious foes. Can you bring peace to a continent where war has been waged for generations and betrayal lurks around every corner? The game was supported by the Film & Medien Stiftung NRW.

Will SBF saddle up for a testimony after his media tour?

Up Next: The 11 games you should be playing on your Xbox in December 2022

Hades 2 announced at The Game Awards